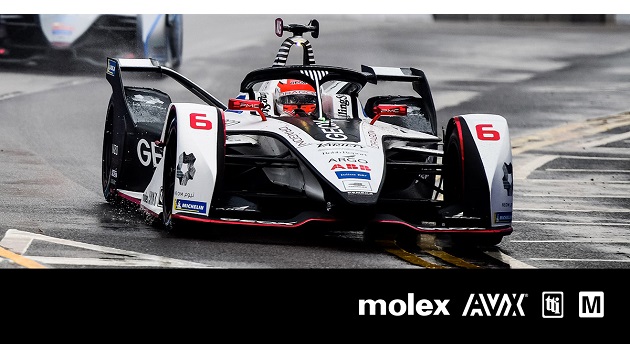 The Mouser-sponsored Formula E team is heading to Sanya, a resort city on the southern end of China’s Hainan Island, on March 23. The race marks Formula E racing’s return to mainland China for the first time since the Beijing street races in seasons 1 and 2.

Mouser Electronics is sponsoring the GEOX DRAGON Formula E team throughout the 2018–19 ABB FIA Formula E Championship racing season, in collaboration with TTI, Inc. and valued suppliers Molex and AVX. This is the fifth-straight year that Mouser and Molex have sponsored Formula E racing.

The Formula E series features cars that are powered solely by electricity and represent a vision for the future of the motor sports industry, serving as a framework for research and development around zero-emission motoring. Racing is all about speed and endurance, and racing sponsorships are an innovative way for Mouser to communicate its performance-driven business model and promote the newest technologies from its manufacturer partners.

Fans can cast a vote for López and Nasr in FANBOOST, which allows fans to play an active role in influencing the outcome of the race. FANBOOST gives fans the opportunity to vote for their favorite driver and award them an extra boost of power during the race. The five drivers with the most FANBOOST votes are awarded a significant burst of power, which they can deploy in a 5-second window during the second half of the race. FANBOOST voting for the Sanya E-Prix opened March 18 and is available up to 15 minutes into the race.

After Sanya, the series travels to Europe and the Rome E-Prix on April 13, followed by Paris on April 27, Monaco on May 11, Berlin on May 25 and Bern on June 22. The series once again ends the season with a double-header in New York, July 13 and 14.