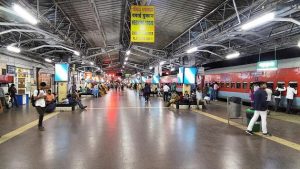 To take forward the energy conservation measures, the East Coast Railway (ECoR) has completed installation of LED lights in all its stations under its jurisdiction. It has replaced the conventional lights with these LED lights.

The zone had started installation of the LED lights in January this year. The Railway Board had given target to ECoR to provide 100 per cent LED lights in all its stations by end of the March this year. According to the direction, the zone completed the process by March 25.

ECoR has three divisions- Khurda Road, Sambalpur and Waltair. It has 313 stations and six passenger halts (PH) under its jurisdiction spread over Odisha and parts of Andhra Pradesh and Chhattisgarh. Out of these, six PHs under Waltair division have no electricity connection. So the six PHs are not included in the projects.

Energy Efficiency Services Limited (EESL), a government-owned energy service company, carried out the project in the ECoR after going through an agreement with the ministry of Railways. ECoR spokesperson said to TOI that the initiative will not only save millions of rupees per annum in electricity bills but also reduce carbon dioxide (CO2) emissions.