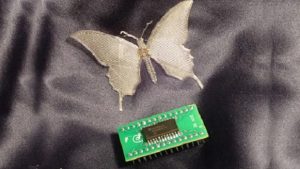 The healthcare industry forecasts that people’s general wellbeing in the future will be monitored by wearable wirelessly networked sensors. Manufacturing such devices could become much easier with decal electronics. The King Abdullah University of Science and Technology (KAUST)-developed process prints these high-performance silicon-based computers on to soft, sticker-like surfaces that can be attached anywhere.

Fitting electronics on to the asymmetric contours of human bodies demands a re-think of traditional computer fabrications. One approach is to print circuit patterns on to materials such as polymers or cellulose using liquid ink made from conductive molecules. This technique enables high-speed roll-to-roll assembly of devices and packaging at low costs.

For the past four years, Muhammad Hussain and his team from the KAUST Computer, Electrical and Mathematical Science and Engineering Division have investigated ways to improve the flexibility of silicon materials while retaining their performance.

“We are trying to integrate all device components — sensors, data management electronics, battery, antenna — into a completely compliant system,” explains Hussain. “However, packaging these discrete modules on to soft substrates is extremely difficult.”

The devices, which could monitor a patient’s breathing patterns or activity levels, feature high-mobility zinc oxide nano transistors on silicon wafers thinned down lithographically to micro-scale dimensions for maximum flexibility. Using three-dimensional (3D) printing techniques, the team encapsulated the silicon chips and foils into a polymer film backed by an adhesive layer.

Hussain and his colleagues found a way to make the e-sticker sensors work in multiple applications. They used inkjet printing to write conductive wiring patterns on to different surfaces, such as paper or clothing. Custom-printed decals were then attached or re-adhered to each location.

“You can place a pressure-sensing decal on a tire to monitor it while driving and then peel it off and place it on your mattress to learn your sleeping patterns,” says Galo Torres Sevilla, first author of the findings and a KAUST Ph.D. graduate.

The robust performance and high-throughput manufacturing potential of decal electronics could launch a number of innovative sensor deployments, notes Hussain.

“I believe that electronics have to be democratized — simple to learn and easy to implement. Electronic decals are a right step in that direction,” Hussain says. 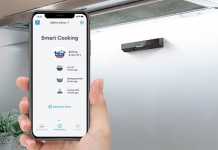 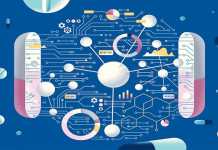