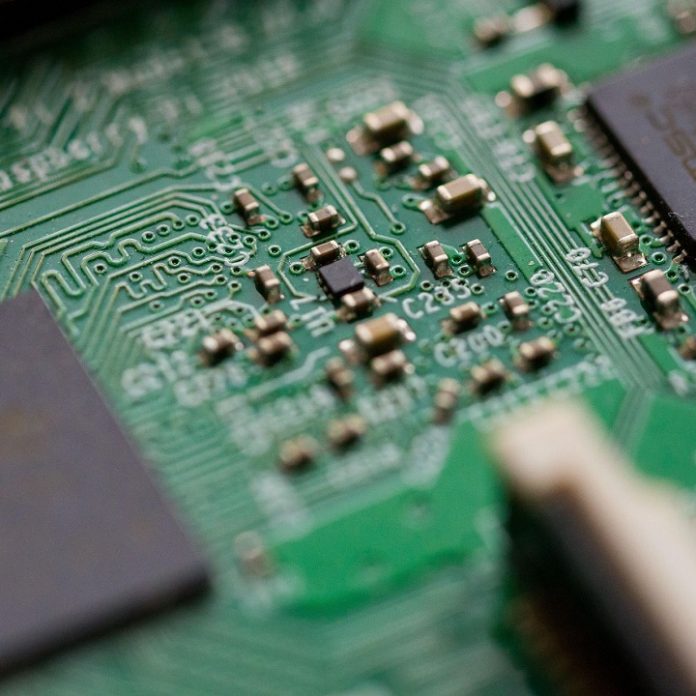 Wars between empires and kingdoms have been fought over both important and trivial issues. Conventional wars have been waged mostly over disputed territory, and occasionally over stolen consorts. The West Asian region is pockmarked with scars from oil-based conflicts and contested boundaries.

A global rules-based system has increasingly forced countries to pursue unconventional wars, even though these post-World War II structures have been fraying at the edges. A new unconventional geo-economic war has been smouldering for a while, and, like everything else in this interconnected world, India is bound to get dragged in, forced to pick sides while the conflict ravages its critical and strategic economic strengths. In the event of a prolonged conflict, lack of preparedness threatens to leave India badly wounded.

Semiconductor chips, which are getting smaller and more complex every year, have sparked hostilities between superpowers. These silicon wafers are an integral component of today’s world, driving work, entertainment, communication, defence, medical development and much more. Unfortunately, semiconductors have become a proxy battleground in the technology-driven conflict between the US and China, with each superpower trying to claim strategic domination. And India, like many other hapless countries, seems frozen in the headlights.

India’s discomfiture is best illustrated by a new cliché, which, like all previous crises, has gained currency during the ongoing clash: semiconductors are the new oil. This analogy has an uncomfortable ring for India. Just like it failed spectacularly over the decades to fix the country’s strategic oil reserves, the government has failed to erect viable semiconductor fabrication platforms or secure a strategic chipset supply chain for India. This is mystifying, given the country’s reliance on Information Technology (IT) and related services for geo-economic influence. India has been discussing fab infrastructure for over two decades without getting anywhere.

The ministry of the electronics and technology industry has once again revived the process by inviting expressions of interest for “setting up/expansion of existing semiconductor wafer/device fabrication (fab) facilities in India or acquisition of semiconductor fabs outside India”. However, fab facilities take time to build. The other viable option is acquiring an existing foundry (many facilities across the world shut down last year, about three in China alone) and transferring the platform to India; even that would take at least two-three years before a mothballed unit can be nudged back.

Meanwhile, the twin effects of geopolitics and pandemic-induced supply chain disruptions are already hurting various industries in India. For example, delivery queues at auto companies have lengthened due to crimped chip supply pipelines. Most modern cars are dependent to a large extent on chips and electronics for a variety of core functions. The same applies to any other product that has a chipset at its core. While older chips can manage some of the functions, new ones—10 nanometres (nm) and below—will be needed for critical applications, such as Artificial Intelligence (AI), 5G networks, or strategic defence platforms.

Currently, there are only three global manufacturers which can manufacture 10nm and below: Taiwan Semiconductor Manufacturing Company (TSMC), Samsung of South Korea and Intel in the US. As process complexity multiplies and the strategic importance of sophisticated chips (5nm and 3nm) grows apace, only these three companies can deliver the goods. This shrinking pipeline gets further squeezed by the US attempts to contain China’s technological progress though sanctions and trade barriers, plus arm-twisting friendly countries to abjure Chinese equipment and chips.

Two factors have deterred Indian fab investments in the past. One, building competitive fab facilities calls for huge capital investment. TSMC, for example, has committed to invest $20-25 billion in just one new facility in Arizona, US, for the manufacture of sub-10nm chips. These chips require a special lithographic machine which costs over $150 million. Stumping up such huge amounts of cash presupposes clients and demand for the finished product. The second problem in India is inadequate and unpredictable infrastructure supply, such as power, water and logistics.

A third unspoken factor lurks in the background: the unpredictability of government action. Like all previous governments, the current administration has also shown itself to be impulsive and arbitrary. Investors need long-term certainty of policy frameworks. But that does not mean the government has no role. Both China and the US have accorded strategic importance to semiconductors. Apart from China’s well-known government involvement in the country’s IT sector, TSMC’s decision to invest in Arizona was driven by the US government. Senior Democrat Chuck Schumer is currently driving a bipartisan effort in the US Senate to provide state subsidies to companies investing in fabs, 5G networks, AI and quantum computing.

In the end, the debate can be whether to manufacture or to outsource. But, more importantly, the Indian government needs to intervene and take bipartisan, even if self-serving, action to secure its strategic chip supply chains, in whatever form they exist. This should be a non-negotiable key result area for it.