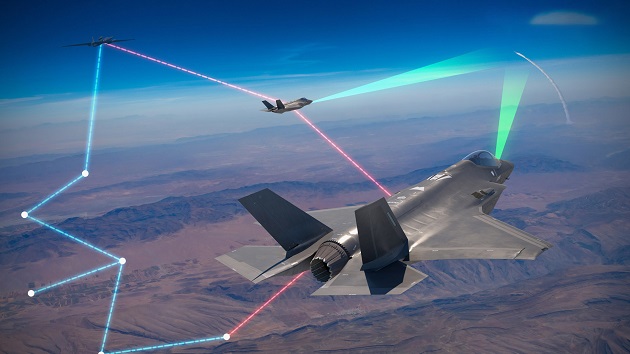 These days, you can’t attend a conference or have a conversation with leaders of the aerospace and defense community without touching on the modernization of the sector. This includes the integration of new technologies and processes to address aging equipment and fleets. The scale of the challenges in this space is too large, the costs are too high, and the impact of failure is too great to disregard the upside that’s possible from a complete rethinking of how technology enhances these applications. Although the industry has experienced the effects of modernization in small ways for some time, we’re starting to see how the adoption of digital technology is driving innovation on a much broader scale.

New technologies like artificial intelligence, ubiquitous connectivity, advanced data analytics, blockchain, and robotics/autonomous systems are taking center stage and empowering cutting-edge applications. Real-time data collected from sensors on commercial planes is used to minimize flight delays and reduce fuel consumption. Advanced robotics are driving efficiencies in manufacturing and production processes while simplifying flight and satellite simulations; in turn, engineers can focus their attention on more strategic priorities. And the extent of a mission that can now be simulated through scenarios and digital twins is mind-boggling.

Compared to other industries, aerospace and defense is highly fragmented, highly regulated, and subject to a variety of geopolitical factors. But the industry is also evolving and requires new strategies to realize the benefits of modernization. At the same time, it must maintain a high level of continuity with legacy technologies. An increase in content and electronics capability drives better test strategies to ensure quality, reliability, and productivity. This in turn helps organizations compete in a market that’s experiencing disruption from tech-savvy entrants.

We have not seen this much interest in space exploration since the 1960s. Global organizations from ISRO to ESA have announced significant investments in spaceflight and exploration, and China recently celebrated a historic first by landing a rover on the far side of the moon. Meanwhile, commercial enterprises like SpaceX, Virgin Galactic/Virgin Orbit, and Blue Origin are disrupting the space industry by devoting investments to new technologies and directing large, dedicated workforces to innovate…and rapidly. This trend is forcing the aerospace and defense industry to revaluate its R&D to keep pace with new competition.

We’re witnessing advancements in high-speed digital communications, which can stream real-time images from space to aid in natural disaster relief efforts, and robots that simulate satellite dynamics to develop the next generation of autonomous nano satellites. The possibilities are endless if we can equip scientists with the tools they need to design, prototype, and test in this new era of exploration and discovery.

Deloitte recently estimated that the backlog for commercial aircraft orders—currently at 14,000—is at its peak, with approximately 38,000 aircraft expected to be produced globally in the next two decades. The demand for passenger travel is driving production, and we’re seeing new technologies emerge as equipment is modernized and sent to the skies. But it may not all be visible to the passenger’s eye – at least not yet.

Instead, we can expect a rise in the adoption of technology as connected tools and test systems are used to manufacture modern aircraft on the assembly floor. We can also anticipate the deployment of new communications and navigation systems that can adapt to a variety of signal types and aid in the development of safer, more robust flight controls to operate in the most complex airspaces in the world. Finally, we can expect the requirements for safety certifications and complex validation methodologies to become increasingly strict.

Recently, The European Organization for Nuclear Research (CERN) announced plans to design a larger, more powerful successor to its Nobel Prize-winning particle accelerator, the Large Hadron Collider. Massive, particle colliders deepen researchers’ understanding of the laws of physics and help explain some of the deepest, most elusive aspects of the universe. Beyond that, the results of scientists’ discoveries reveal how this technology might benefit society if and when it’s commercialized. From proton beam therapy to medical imaging to cryogenics, the possibilities sometimes seem straight out of science fiction, but breakthroughs are within reach.

Like similar studies at other government facilities, the research performed at CERN isn’t specific to aerospace and defense. Nonetheless, NI has decided to include government facilities under the same management umbrella because of the scale, interrelationships, and government funding. It’s another opportunity for us to make connections between technologies and ways of doing business so we can accelerate these transformative efforts.