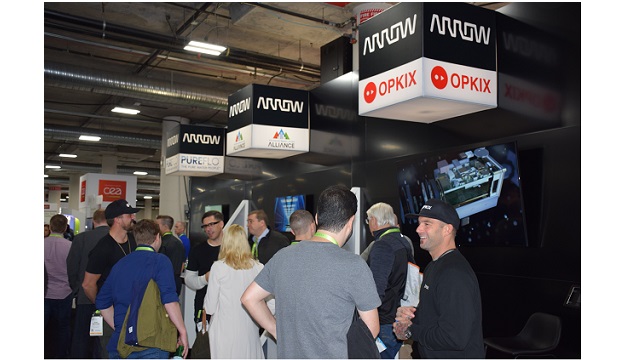 Global technology-solutions provider, Arrow Electronics is showcasing successful startup customers and a hands-on engineering lab at the Consumer Electronics Show 2019, Las Vegas, in a demonstration of its commitment to best-in-class design tools, resources, and engineering expertise accessible to innovators and engineers who are creating, making and managing technology for tomorrow.  Among the technologies demonstrated at Arrow’s booth, located at the Eureka Park, are 3D depth-mapping in advanced driver assistance systems for autonomous vehicles, and artificial intelligence-based visual analytics tools that have applications in retail and advanced medical research.

“Innovators and engineers in every corner of the world are constantly at a race not just against current or emerging competitors, but also against themselves: how to maximize the impact of their products, how to tweak the design to make user-interface more intuitive, how to scale for more sustainable growth, how to capture adjacent market opportunities, and how to rapidly broaden their footprint to other geographical locations…  At Arrow, we are able to offer the kind of innovation partnership that it takes to keep these creators and makers stay ahead, with critical resources and support of a well-connected, incredibly broad global technology company,” said W. Victor Gao, chief marketing officer of Arrow.

As an example of empowering local innovators and engineers with access to design tools, resources, and engineering expertise that they often lack, Arrow established its first open lab at Hong Kong Science Park in 2016.  The lab has since served as a center of excellence for 800+ engineers to solve engineering problems and accelerate idea-to-prototype-to-production journey.  Arrow is currently expanding its global network of open labs in major technology and innovation hubs around the world, including China, India, Israel, and the U.S. later in the year.

In 2017, Arrow launched an exclusive partnership with Indiegogo, offering entrepreneurs flash-funding of up to $50,000 in benefits to help entrepreneurs win at prototyping and manufacturing innovative products. The company has attracted thousands of startups to the platform in 2018.