MENUMENU
Home Technology News Elon Musk warns on AI; computers to transcend us in every single... 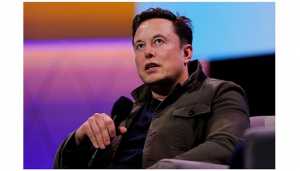 The world-famous SpaceX CEO and South African billionaire Elon Musk, has warned of intelligent computers outsmarting humans in every single way during an artificial intelligence (AI) conference in Shanghai.

Speaking at the AI conference, the Musk argued that computers are already outsmarting their creators in most scenarios. More shockingly, he claimed some researchers are making the mistake of thinking they are smarter than AI.

“I think generally people underestimate the capability of AI. They sort of think like it’s a smart human. But it’s really going to be much more than that. It’ll be much smarter than the average human. It’ll be like, can a chimpanzee really understand humans? Not really, you know, we just seem like strange aliens. They mostly just care about other chimpanzees. And how it is more or less and if the difference is only that small, that would be amazing. Probably, it’s much greater. The biggest mistake I see artificial intelligence researchers making is assuming they’re intelligent. They’re not, compared to AI. A lot of them cannot imagine something that is smarter than them but AI will be vastly smarter. Vastly,” said the SpaceX Boss.

As a result, the SpaceX founder argued, humans will have to rapidly adapt to keep up with technology.

Musk said, “We will be far, far surpassed in every single way. I guarantee it.”