Element revealed century ago to alter the future of electronic devices 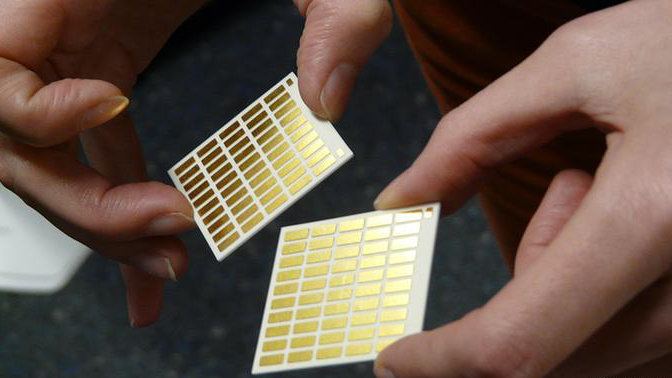 Discovered more than 100 years ago, black phosphorus was soon forgotten when there was no apparent use for it. In what may prove to be one of the great comeback stories of electrical engineering, it now stands to play a crucial role in the future of electronic and optoelectronic devices.

With a research team’s recent discovery, the material could possibly replace silicon as the primary material for electronics. The team’s research, led by Fengnian Xia, Yale’s Barton L. Weller Associate Professor in Engineering and Science, is published in the journal Nature Communications April 19.

With silicon as a semiconductor, the quest for ever-smaller electronic devices could soon reach its limit. With a thickness of just a few atomic layers, however, black phosphorus could usher in a new generation of smaller devices, flexible electronics, and faster transistors, say the researchers.

That’s due to two key properties. One is that black phosphorus has a higher mobility than silicon — that is, the speed at which it can carry an electrical charge. The other is that it has a bandgap, which gives a material the ability to act as a switch; it can turn on and off in the presence of an electric field and act as a semiconductor. Graphene, another material that has generated great interest in recent years, has a very high mobility, but it has no bandgap.

However, finding a way to control the bandgap of black phosphorus is critical to realizing its potential applications. To that end, the researchers have discovered that the material’s bandgap is most controllable at a certain thickness. By applying a vertical electric field to the material at that thickness, the researchers can “tune” the bandgap, essentially shrinking the moderate gap to the point where it nearly closes.

That opens up many potential applications for black phosphorus, such as imaging tools, night vision devices, mid-infrared optical modulators, on-chip spectroscopy tools, and other optoelectronic technologies.

“Before this study, the bandgap of black phosphorus could not be dynamically tuned, limiting its applications in optoelectronics,” said Bingchen Deng, lead author of the study and a Ph.D. student in Xia’s lab.

Finding the optimum thickness took some trial and error. “At first, we tried a 4-nanometer thick sample, and we found the bandgap tuning was not very pronounced,” Deng said.

Deng also noted that having a bandgap that can be controlled means that black phosphorus could potentially be used as a topological insulator, a material with the unusual ability to serve as both an insulator (inside the material) and as a conductor (on its surface). Researchers are particularly interested in topological insulators, since they could be key to developing low-power electronics in which electrons at the surface do not suffer from scattering.