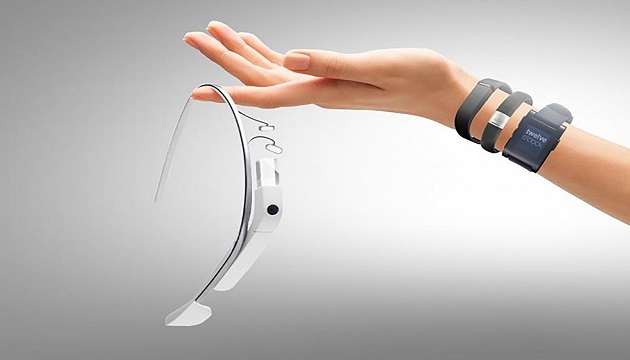 Different gadgets to monitor various activities and data; powerlessness to perform multiple tasks when your hands are caught up with holding your mobile device while talking. Sounds well-known? Wearables abandoned these issues bringing various extensive health benefits. Wearables are gadgets that can be serenely worn on a body and that are utilized for different purposes relying upon the application. Additionally, wearable gadgets can screen the wellbeing and track your day by day activities.

With the assistance of mini sensors that require low vitality utilization, the wearable innovation has considerable influence on wellness, fitness, and health by providing immediate and real time monitoring. Wearable technologies have some distinctive characteristics which differentiate them from other technological devices.

Number of organizations have started real-time monitoring of their workers. While managers have consistently investigated their performance, the rise of wearable technology to keep tabs has more of a dystopian edge to it. Monitoring has become simpler, progressively meddling and isn’t simply restricted to the working hours – it’s every minute of every day.

The capability of the wearable space advancing is not in having screens on the wrist but instead the new and fascinating sensors that might be used. New sensors implies new information; new information implies new bits of knowledge; new experiences implies new applicability of those bits of knowledge crosswise over different sectors. The capacity to have on-contact, on-individual sensors will touch off new biological systems a similar way that the GPS changed the manner in which we utilize our telephones.

We are going to witness over the next few years is the evolution and incorporation of smaller biometric sensor sets into these devices. You’ll begin to see skin galvanic, glucose, electromyography, and others begin to be used.  Each of these will by itself add new data to the system, but the opportunity to look at them collectively across demographics will yield new insights and reveal never before seen relationship.

In the future, wearables can gather real-life data via eye-tracking software built in a smart glasses. Even they can use crowdsourcing to gather data that some volunteers or paid people can install the necessary application on their smart glasses. In addition, the researchers also gather information via GPS based wearable devices. The researchers get very valuable data via wearable devices.

Right now wearable is at a position where android phones were a few years back. The market share is less yet it’s the most happening and buzz creating thing in the computing based industry. Speaking of specifically of the watches, seems that the whole market is created to keep the android and smart phone industry running. It’s the Tip of the iceberg which is creating all the rumours. But unlike smart phone other devices like trackers, bands, rings, buttons are coming up, this segment will sustain, but will take a longer time to penetrate in to the daily consumer lives.

The use of wearable innovation is expanding and becoming a necessity owing to their affordability. With the most recent improvement, these gadgets would now be able to record loads of information and are further developed than their previous form. The significant uses of the wearable advances are in the health industry, textile industry and the consumer electronics industry. Wearable technology will ease the life for the people with impairments; empower organizations to collaborate easily, to direct statistical surveying all the more adequately, enhance the virtual reality in games, and enable the doctors to monitor the health indicators of the people. To summarize, the future will be more secure, simpler, more advantageous, healthier, quicker, and more entertaining with the wearable technologies.