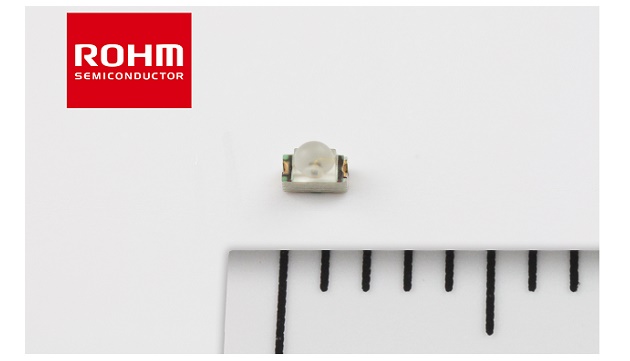 Recently, most vehicle instrument cluster designs have adopted shields to prevent light leakage from the LEDs to surrounding areas. However, light leakage remains a challenge due to a small amount of space that is required between the shield and the PCB to account for expansion caused by temperature changes. Additionally, some applications using LEDs, such as automotive and industrial systems where electrical components are exposed to severe conditions, require high reliability from these components, so they can better withstand the effects of aging caused by the extreme environments they are exposed to.

In response, ROHM has taken a step ahead in the industry to develop products targeting applications that require high reliability at the component level, such as developing the first high-brightness silver-free LEDs to prevent sulfuration, which is one of the leading causes of aging.

In addition, all devices are designed to prevent light degradation even under high-temperature environments (automotive). ROHM also developed a new type of resin for blue, green and white LEDs to achieve higher reliability. As a result, during high-temperature testing with blue LEDs (85°C, IF=20mA, 1,000hrs operation), ROHM succeeded in improving the residual luminosity rate by approx. 80% over conventional products, contributing to greater application reliability. Furthermore, achieving higher precision during the manufacturing process (i.e. die bonding, molding) while maintaining the compact 1608 size (1.6×0.8mm) made it possible to increase core brightness by 5 to 7 times over conventional LEDs.

Reflector-type LEDs are typically used as light sources for instrument clusters. However, the increased need for space savings is causing many manufacturers to consider smaller LEDs. General compact molded LEDs are designed with light sources positioned as low as 0.18mm, causing light to leak to adjacent areas. In response, ROHM raised the position of the light source to 0.49mm, virtually eliminating light leakage. This makes it possible to use smaller LEDs (approximately 18x smaller in volume than conventional reflector-type LEDs), contributing to greater application space savings.

a) Newly developed molded resin reduces degradation due to aging

ROHM developed a new molded resin that significantly reduces brightness degradation due to high-temperature operation, even for short wavelength products such as blue. For example, during accelerated high-temperature testing with blue LEDs (85°C, IF=20mA, 1,000hrs operation), we succeeded in improving the residual luminosity rate by approx. 80% over conventional products. 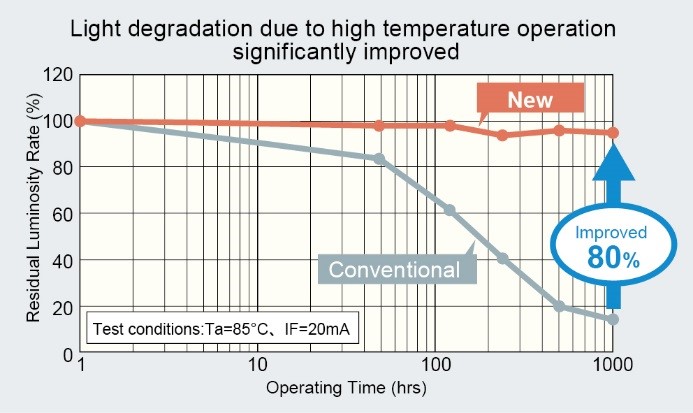 b) Support for AEC-Q102 sulfuration testing

Until now, ROHM LEDs have been designed to comply with AEC-Q101, the international standard for high reliability in automotive applications used for discrete products, but more recently we have been working on obtaining certification under the AEC-Q102 standard for optical devices established in March 2017. This new regulation also includes sulfuration testing, which is expected to lead to even greater reliability in applications such as automotive and industrial systems exposed to severe environments. 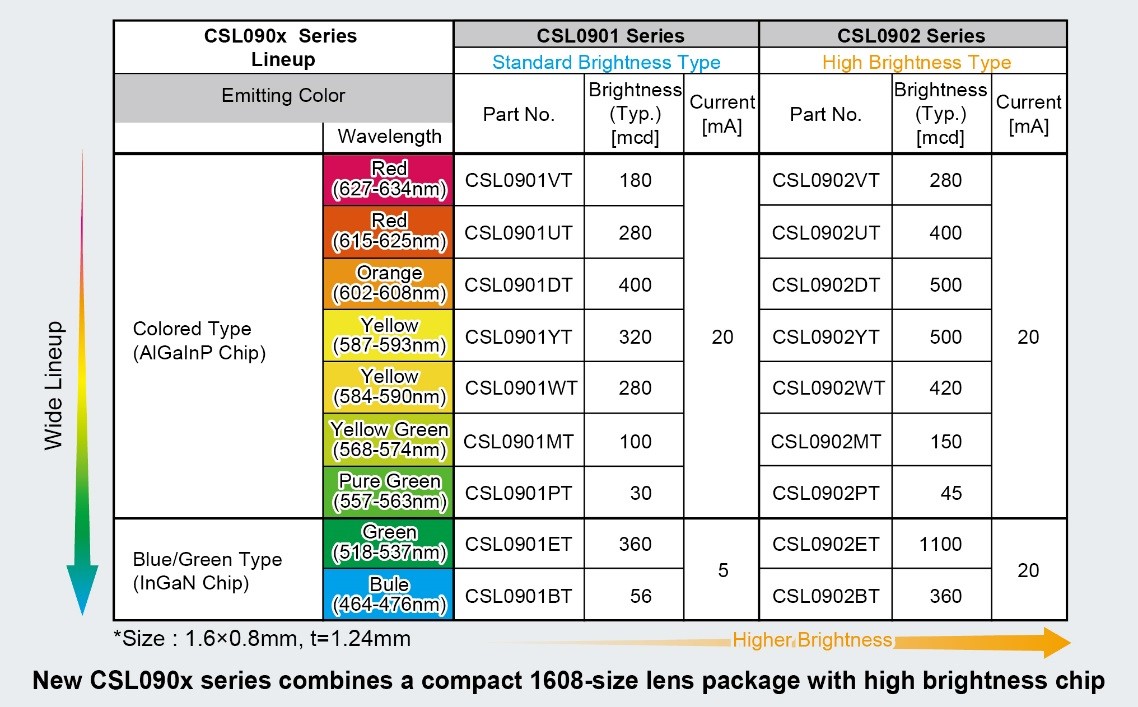