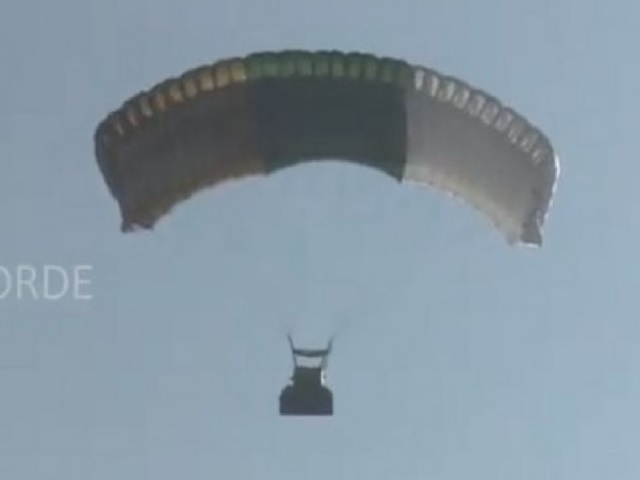 Aerial Delivery Research and Development Establishment (ADRDE), Agra conducted a flight demonstration of a CADS (Controlled Aerial Delivery System) of 500 kg capacity (CADS-500) on December 18, 2021. ADRDE, Agra is an R&D laboratory of the Defence Research and Development Organisation (DRDO) and the flight demonstration is part of a series of activities organised towards celebrating ‘Azadi Ka Amrit Mahotsav’, commemorating 75 years of Independence.

The CADS-500 is used for precise delivery of payload up to 500 kgs at a predetermined location by making use of manoeuvrable capabilities of Ram Air Parachute (RAP). It uses Global Positioning System for the coordinates, altitude, and heading sensors for the heading information during its flight. The CADS, with its onboard electronics unit, autonomously steers its flight path using waypoint navigation towards the target location by operating controls.

System performance was demonstrated at Drop Zone, Malpura from an altitude of 5000m. The system was para-dropped from AN32 aircraft and then steered to the predesignated landing point in autonomous mode. Eleven paratroopers of the Indian Army and Indian Air Force chased the CADS-500 in the air and landed simultaneously.