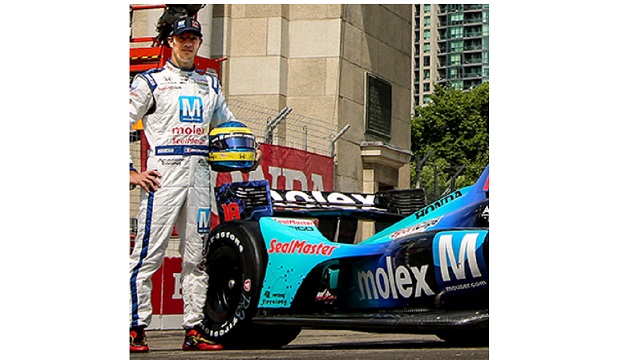 López drove a tough race early on in the season on January 12 in Marrakesh and managed a sixth-place finish. López also had a strong qualifying run June 10 in Zurich, earning the No. 3 spot, but lost time late in the race after touching a barrier on turn one. D’Ambrosio piloted the Mouser-backed No. 7 car in a hard-fought contest in Zurich, earning the No. 2 spot in the qualifying rounds and pushing through to take a third-place podium finish.

This was the fourth season of the ABB FIA Formula E Championship and the fourth season that Mouser Electronics was a team sponsor along with valued supplier Molex. Mouser and Molex sponsored the DRAGON team throughout the season in collaboration with TTI, Inc.

“D’Ambrosio, López and the entire Dragon team showed exceptional skill and tenacity in every race,” said Todd McAtee, Vice President, America’s Business Development for Mouser Electronics. “All of us at Mouser celebrate the efforts of this team and the exciting automotive technology that puts Formula E at the forefront of the electric car revolution”, he added.

The Formula E series features cars that are powered solely by electricity and represent a vision for the future of the motor sports industry, serving as a framework for research and development around zero-emission motoring. Racing is all about speed and endurance, and racing sponsorships are an innovative way for Mouser to communicate its performance-driven business model and promote the newest technologies from its manufacturer partners.

“Molex is honored to have once again teamed up with Mouser to sponsor the No. 18 car and the dedicated, hardworking Dragon team this season,” said Fred Bell, Vice President of global distribution, Molex. “We look forward to continuing our support of the automotive industry by developing innovation solutions that further advance the market”, he added.

“TTI congratulates the Dragon team on an exciting, competitive season. We are pleased to have had a role in promoting this cutting-edge automotive technology with our partners, Mouser and Molex,” said Mike Morton, TTI’s Chief Operating Officer.