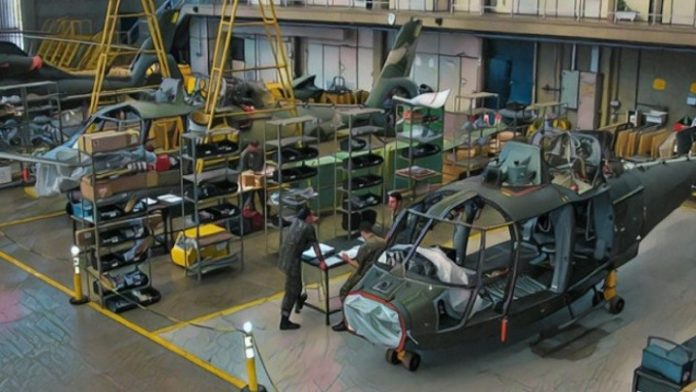 Ease of Doing Business for MSMEs: The procurement of defence-related goods and services by the government from micro and small enterprises (MSEs) has been able to only marginally improve in FY21 from the previous financial year that saw a decline of 23 per cent from FY19, government data showed.

Defence department and central public sector enterprises had procured goods worth Rs 12,112 crore in FY19 from MSEs in defence. The defence purchase procurement, however, declined to Rs 9,090 crore in FY20 and was able to recover by only 2.2 per cent to Rs 9,293 crore as of March 11 in the current financial year.

According to a statement by the Ministry of Defence in September 2020, around 11,000 MSMEs were engaged as vendors in supplying defence-related goods to Ordnance Factory Board and Defence PSUs. The government had launched an initiative called Innovations for Defence Excellence (iDEX) in 2018 towards achieving self-reliance in defence by engaging MSMEs, start-ups, academia and others.

iDEX Chairman and Secretary, Defence Production Raj Kumar wasn’t immediately available for comments for this story. The same will be updated here as and when shared.

The data for annual defence procurement from MSEs was shared by the Minister of State for Defence Shripad Naik in Lok Sabha. Importantly, the growth in overall purchase from small businesses in defence was in contrast to the procurement made via the public procurement portal Government e-Marketplace (GeM).

According to the data tweeted by Defence Secretary Ajay Kumar, the digital procurement by the government from defence MSEs grew 72 per cent by end of December FY21 from around the year-ago period. From goods procured worth Rs 1,406 crore as of November 30, 2019, the order value grew to Rs 2,425 crore as of December 2020.

Moreover, the biggest jump in defence procurement was witnessed during the FY18-FY19 period with order value witnessing a massive increase of 210 per cent from Rs 555 crore worth goods purchased on the GeM platform to Rs 1,725 crore during the said period.

The government had last year in July said that MSMEs will be prime-tier vendors in the procurement of defence equipment by the government from the industry for Rs 31,130 crore approved by Defence Acquisition Council (DAC) on July 2, 2020.

DAC in its meeting headed by Defence Minister Rajnath Singh had also approved proposals worth around Rs 38,900 crore for “Capital acquisition of various platforms and equipment required by the Indian Armed Forced.”

In order to boost procurement from MSMEs and start-ups, the orders where the estimated cost is Rs 100 crores or below per year based on delivery schedule at the time of seeking Acceptance of Necessity (AoN) or Rs 150 crores, whichever is higher, may be considered for issue of Request for Proposal (RFP) without any stipulation of Financial parameters, according to the Defence Ministry.