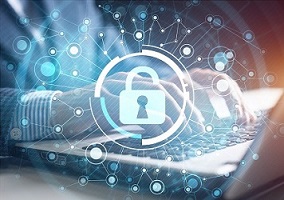 More than 2000 years ago, Caesar was protecting his military messages by encrypting them. Could it be that easy today? Symmetric cryptography, even if providing confidentiality until a certain extent, was not sufficient to ensureauthenticity and integrity. So, how can asymmetric cryptography solve this equation?

Based on the above situation, Alice who wants to send a message to Bob, will encrypt it with Bob’s public key. In that case, only Bob will be able to decrypt it with his own secret key. We have just answered to the need for confidentiality. But how can Bob be certain that it was Alice who sent him the message? How can he be certain that the message was not modified in transit? To answer this question, Alice will also use a signature mechanism.

The hash function and signature mechanism

Before talking about signature, we must introduce the concept of “hash function”. A “hash function” is a “mill” that turns a text into a signature (also called a fingerprint).

This “mill” has 5 properties:

“MD5” and “SHA” are two well-known hash functions. For example, with MD5, the text “Ewon: Leading IIoT for 20 years” is converted in the chain of 32 characters: “5b184c5cafcad9ef410afbcb0fab5518”. The complete content of Wikipedia would also result in a (completely different) chain of 32 characters.

Nothing is easier than to convert in one direction: just use one of the online tools available on the internet. Needless to say that the opposite is not that easy. 😉

After the signature comes the encryption process

The above being considered, let’s come back to our example: To sign a document, Alice first generates the document fingerprint using a hash function (like https://www.md5hashgenerator.com/ or any other one you can find on the internet. Then, she encrypts this fingerprint with her private key. She gets a signature on her document which she can send to Bob along with the original document.

Bob will then decrypt the signature using Alice’s public key. If that doesn’t work, it’s because the document was not sent by Alice (who is the only one in possession of the private key). If this works, he can be sure it was Alice who signed the message.

He, therefore, obtains the first fingerprint of the document.

Once this step achieved, Bob will generate the fingerprint of the original the document he also received, using the same hash function as Alice.

If both fingerprints are identical, then he is perfectly sure that the document has not been modified between the time Alice sent it and the time he received it.

The combination of encryption and signature is the only way to simultaneously encode and sign a document and ensure the confidentiality, integrity, and authenticity of the message.

That’s very nice but there might be a final issue: Indeed, how can Alice be certain that she is using Bob’s public key when she encrypts a message? Indeed, if a hacker (let’s call him Eve) would produce a pair of keys (private/public) and would then transmit them to Alice by making her believe that they are Bob’s keys, Alice would continue to encrypt the messages and transmit them to Bob. In that case, it would only by Eve who could decode and read the messages…

This will allow Alice to contact this authority for confirmation that the public key she is using is Bob’s one. Difficult to do better!

Asymmetric and symmetric cryptography can be complementary

When an internet browser establishes a secure connection with a server, it will first generate an asymmetric session (temporary) key. Then it will use the public key of the server (whose authenticity and validity is verified thanks to its certificate) to encrypt this session key and send it back to the server, which after having decrypted it will be able to communicate with my browser in a symmetrical way.