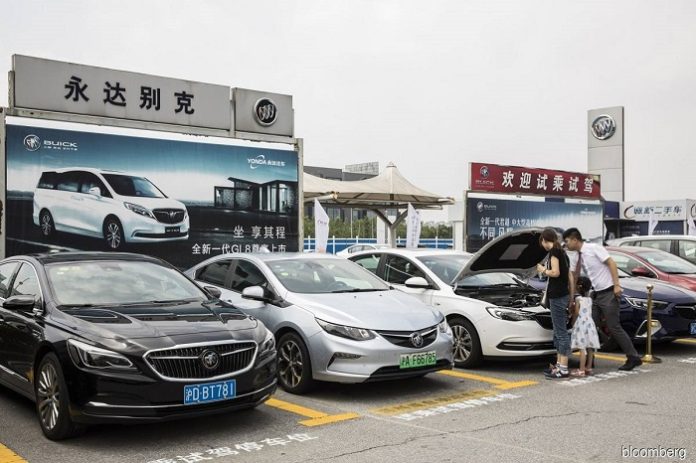 China’s auto sales slumped 19.6% in September from a year earlier, industry data showed on Tuesday, falling for a fifth consecutive month as a prolonged global shortage of semiconductors and a domestic power crunch disrupt production.

This time of year, known as “Golden September, Silver October”, is usually a high point in sales for the auto industry, with consumers making purchases after staying away from showrooms during the stifling summer months.

The sales drop was due to the domestic power crunch caused partly by the shortage of coal and prolonged global chip shortage that has forced many major automakers to idle or curtail production, said Chen Shihua, a senior official at CAAM.

He added that the chip supply shortage eased in China last month and that the industry body now expects the supply to improve further in the final three months this year but constraints would remain.

One bright spot in the data was the strong sales of new energy vehicles (NEV), which more than doubled in September to 357,000, thanks to the government’s promotion of greener vehicles to cut pollution. These include battery-powered electric vehicles, plug-in petrol-electric hybrids and hydrogen fuel-cell vehicles.

Tesla Inc, which is making Model 3 sedans and Model Y sport-utility vehicles in Shanghai, sold 56,006 China-made vehicles in September, the highest since it started production in Shanghai about two years ago, and up 27% from 44,264 in August.