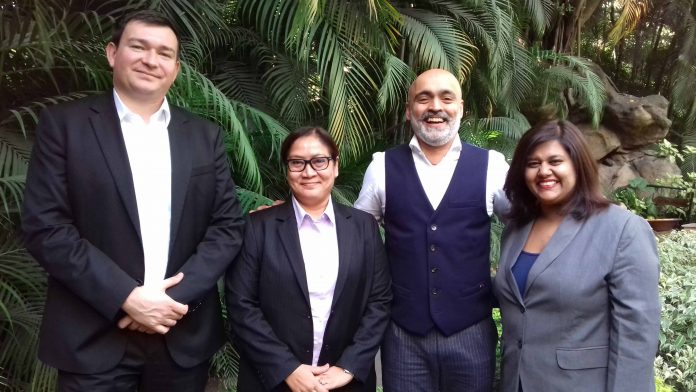 Digitalization is transforming the economy and society more profoundly than any other advance in the history of technology. Increasing interplay across a wide array of digital technologies is sparking disruption and innovation at an unprecedented pace. The sweeping transformation is revolutionizing the way people interact with devices and machines, and another embodiment of the change is the interplay between brick-and-mortar and virtual realities. At CeBIT in Hannover, Germany, the digital transformation takes front and center stage.

The impact of digital transformation is tangible everywhere. Particularly in the economy, it is busting open and reinventing inherited processes and structures as well as the existing barriers between different sectors of industry. The limits of collaboration across company and industry borders are being redefined – including the human-technology interface. New forms of work and business models are arising.

As the world’s foremost event devoted to the digitalization of business, administration and society, CeBIT 2017 will focus on the wealth of opportunities inherent in the digital transformation.

At the press briefing for CeBIT Hannover 2017, in Bangalore, Mr. Maruis Felzmann, Senior Vice President, CeBIT, Deutsche Messe AG said, “India has always been an integral part at Hannover Germany. It was one of the very first partner countries when CeBIT came out of Hannover in the mid-80s and that partnership has grown through the years.  In CeBIT 2017, we expect more State Governments from India at CeBIT 2017.” He further added, “The keynote theme of “d!conomy – no limits” represents the human/machine interface which is undergoing a profound shift, as is the traditional distinction between reality and virtual reality. As designers of the digital age, people should not limit themselves in terms of new ideas and options, but should open-mindedly assess the possible options and take on an active role in shaping the transition.”

Digital transformation is being driven by new technologies and opportunities: Developments like artificial intelligence, virtual & augmented reality, autonomous systems, 3D printing, humanoid service robots and drones are the current drivers of the trend. An increasing number of application scenarios in the Internet of Things are enabling positive interaction and new types of cooperation between people and technology.

Mehul Lanvers-Shah, Managing Director, Hannover Milano Fairs India Pvt. Ltd further added, “There has been a phenomenal growth in participation from Indian exhibitors and partners from 2012 to roughly 188%, from 40 companies participating in CeBIT Hannover, we have about 120 in the count now. There has been a paradigm shift in the focus of the Hannover show. We have been able to position CeBIT as a flagship event for digitalization and the digital transformation of the economy. It is an ideal place for networking with leading international players, SME’s MSME’s startups, producers and suppliers in the e-commerce, manufacturing, and end users. We want to keep this upsweep and strengthen the partnership further with the Government of India’s agenda on Digital India.”

Priya Sachdeva, Project Manager, HMFI, ‘‘This year we have participation from Electronics and Computer Software Export Promotion Council (ESC) giving subsidies to the Small and Medium companies under the market development assistance scheme. Apart from this, Government of Kerala, Orissa, Madhya Pradesh will bring start-up companies representing their states’’.

Mr. Felzmann pointed out that the prerequisite for success in the “d!conomy” lies in creativity, an openness to change and a new entrepreneurial spirit.

Next March at the Hannover Exhibition Center, CeBIT 2017 will be showcasing these new technologies in an application-centric way, with new, data data-driven business models and value chains featured in a big way. Special highlights will be presented by exhibitors within the scope of the “discover d!conomy” tour introduced this year as a virtual guide to showcases dedicated to individual sectors. The tour provides a framework for connecting players from business, politics and society as well as for an often controversial discussion among internationally leading visionaries, top executives and creative thinkers with respect to standardization and the legal and regulatory framework.

“Our featured CeBIT Partner Country, Japan, will surely put a great deal of spin on the show’s keynote theme. When it comes to digitaliza­tion, Japanese society demonstrates a very open and innovative mindset. Europe can take its cues from Japan with regard to pursuing creative new approaches and welcoming new technologies with an eye toward the potential they offer,” remarked Felzmann.