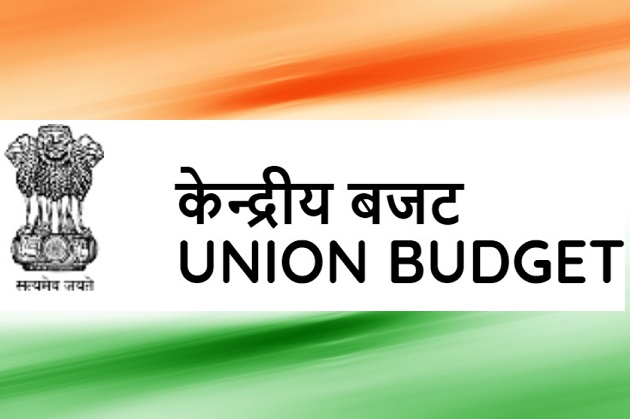 The arrival of Finance Minister Nirmala Sitharaman to the Lok Sabha premises, carrying a Red ‘BahiKhata’ instead of the traditional westernized suitcase for the announcement of the most awaited Budget 2019, anticipated the Electronics Sector. Not only this, the other industries too, had kept a bunch of expectations from Finance Minister.

However, this time, with some new expectations, had started the Budget Session, which was aligned well with the growth vision of achieving a $5 trillion economy by 2025.

With the outlook of the electronics sector, the announcements made by Finance Minister, will ensure the continuity in the policies towards building an electronics manufacturing ecosystem in India. Lets’ have a quick look on the proposals for manufacturing domain:

Commenting on the Budget 2019, Nitin Kunkolienker, President, MAIT said, “It is a work in progress budget for the electronics sector of the country. There is a lot more we have to do to attract global manufacturing and India has to compete with other nations for investments. We are happy to see a continuity in the policy from the governments’ side. We also welcome the exemption on customs duty on capital goods for certain sub-sectors of electronics manufacturing.”

“MAIT is fully aligned with government’s vision of NPE 2.0 and that we are working with the government towards making this a success,” added Kunkolienker.

The Finance Minister also attempted to address the aspirations of new India, balancing the needs of rural and urban households, MSME and Corporates, Education and skill development etc.

Commenting on the Budget Announcement, Rajesh Ram Mishra, President, IESA said, “The recently announced Union Budget 2019-20 has not created enough excitement for the electronics and semiconductor industry. However, there are many aspects that could positively impact the ESDM (Electronic Systems Design and Manufacturing) industry. It is tacit that the budget is a holistic view towards the growth of the Indian economy.  We are happy that segments of electronics which are foundational blocks for the industry and ecosystem have been focused upon thereby positively impacting electronics industry in the long run. This positive approach will for sure make the country attractive for such investments and we look forward to bringing such opportunities in front of the Government for consideration with our global partners.”

On asking about the reaction for Budget 2019, Dr. Ashish Saurikhia, Coordinator (Policy and Research), ELCINA said, “In this Union Budget several announcements has been made for electronic sectors such as reduction of GST on Electric vehicles from 12% to 5%, Increase in custom duty on Split AC’s, CCTV Cameras, DVR, NVR, Income Tax benefits for EV buyers through deduction in Interest amount on the purchase of EV’s, Benefits under Section 35AD of Income Tax for investments in some specified electronic items. The government will provide them investment linked income tax exemptions under 35 AD of the Income Tax Act and other indirect tax benefits. Finance Minister in her budget speech mentioned that the scheme will include units in the fields of solar photovoltaic cells, lithium storage batteries, solar electric charging infrastructure, computers servers, laptop etc.”

“This is a welcome step and ELCINA looks forward for similar benefits to be extended to other prominent electronic goods and especially high value added products such as components & ATMP units. ELCINA is hopeful that some incentives may be offered for the component manufacturing sector in the near future as Components are the back bone of Electronics manufacturing value chain,” added Dr Saurikhia.

New Ways for the Power Sector

The budget focused on India’s current power situation and also emphasised on steps that the government has taken to resolve issues concerning the power sector.

The present government is already focused on boosting the existing infrastructure sector in the country with large investment in Highways, Airports, Railways, Metros, Ports, Housing etc. With the proposed capex of 100 lakh crore over the next 5 years, it will further provide an impetus to this sector; particularly, the development of inland waterways for cargo movement, increased investment in Railways under PPP model and emphasis on Rapid and Suburban Railways will boost investment in the country, resulting in continued growth of the electrical equipment industry.

The Finance minister also shed light on the plan “One Nation – One Grid” to reduce power cost for States to have a positive outcome for industry. The Minister also mentioned that the power sector reforms will be soon taken up and UDAY scheme will be reconsidered to help the sector. The announcement of opening of FDI in several sectors will give a boost to the economy and provide new business opportunities.

Reacting on the Union Budget, Mr Harish Agarwal, President, IEEMA stated that, “The Budget is an interesting mix of a number of incremental and some path breaking steps. It has a message in undertone indicating desire for deeper engagement with what the Minister termed as “wealth creating organs” of society. Stress on faceless income tax assessment, interest subvention for MSME, reduction in Corporate Tax to 25% upto a turnover of 400 crore, boost to infrastructure spend, domestic manufacturing of EV under FAME II, rail transportation augmentation, credit security for MSMEs and push to housing will have a positive impact on growth story.”

Mr. R K Chugh, Vice President, IEEMA added that “Exemption of customs duty on INVAR, CRGO and amorphous alloy ribbon was part of our wish list.  Import duty on optical fibres may boost local manufacturing. We could see a much calibrated response to our neighbour trying to dump some low cost products to the detriment of Indian industry. From pre-budget survey, we heard that India is seeking investment led growth instead of consumption driven growth. Export enhancement by orders of magnitude should be the principal tool of such strategy. No clear policy initiative in this direction was visible. I think we should wait for more details to come in.”

Mr. Adarsh Jain, Chairman, Economic & Taxation Committee, IEEMA stated that “Construction of 1.95 crore houses, under the PMAY-Rural and 81 lakh houses under PMAY-Urban, increase in deduction of interest of upto Rs. 3.5 lakh in affordable housing scheme will boost the housing sector and thereby increase the demand of electrical equipment. We are happy to note that the Government will take steps to support the MSME’s by creating a payment platform to enable timely payment from Govt. depts, providing 2% interest subvention on fresh or incremental loans as well as announcing various schemes for Start-ups. As a step towards addressing the long pending demand of the industry to reduce compliance burden, the government has granted quarterly GST return for turnover upto Rs. 5 crore. We however expected this for all the assesses. We welcome the introduction of e-invoice, there will be no requirement for e-way bill, thus reducing compliance requirement drastically, however this might be a challenge for MSME’s.”

Booster for the EVs; Disappointment for Auto

The budget 2019 has set the agenda for electric vehicles with some positive actions. The allocation of Rs. 10,000 Crore to FAME II scheme will reduce pollution from the cities and make public transport on Electric Vehicles (EV) affordable.

Lower taxes and the innovative income tax incentive on loan to purchase EVs are expected to bring electric buses, cars and two-wheelers to the roads faster and the resounding impact on the environment is manifold. We hope to see India as the leading hub in the highly evolving EV market.

“We warmly welcome the various additional measures announced to promote EVs like reducing the GST to 5%, exemption in customs duty on EV parts and specially the Income Tax deduction on the interest component paid for loans taken for purchasing EVs. All these were recommendations given by SIAM and we are grateful to the FM for having accepted them. These measures will certainly help in making EVs more affordable and attractive to the consumers, which is in line with the recommendations made in the Economic Survey” added Wadhera.

“However, the auto industry is currently going through a very difficult time and the industry was expecting some form of a stimulus package in the Budget in line with what had been done by Government during the previous two similar slowdowns. It is disappointing that the FM has not recognized the distress in the auto sector and not come out with any kind of support or stimulus,” said Wadhera. However, the initiatives for improving liquidity in the market by capital infusion in the Banks should help the industry to some extent.

Furthermore, the industry had expected that a voluntary scrappage policy would be announced which did not happen. There was also no announcement of extension of the 200% weighted deduction for R&D expenses.

“In fact, increasing the duties on auto parts and putting an additional cess on petrol and diesel could drive up costs of vehicles, specially where volumes are low and localization in not viable and the overall cost of operations of transport which could further aggravate the slowdown in the industry, cautioned Wadhera.”

Hike in the Telcos

Some Telecom companies have welcomed the FM’s proposal, saying it would strongly encourage local manufacturing and coax telcos to meet their future network fibre requirements locally, and also reduce their dependence on foreign suppliers.

Commenting on the satisfactory budget, N.K. Goyal, Chairman, TEMA said, “We welcome the budget, it promotes local manufacturing for optical fibres and cables by enhancing duty to 15%. The budget also focuses on Digital India, Broadband and infrastructure. The budget lays down plans for achieving a $5 trillion economy by 2022.”

Clear Vision for ‘Make in India’

“Focus on affordable housing with higher tax benefits to end users, Start Ups, sustainable development, and Make in India, is clearly visible, along with a firm assurance of ease of living for common citizens and businesses by the tax authorities. The initiatives like e-assessment, inter-changeability of PAN and Aadhaar, digital payment would make a big difference to tax payers. Likewise, the increase in the threshold for lower corporate tax of 25 per cent to Rs 400 crore annual turnover would encourage higher investment which would also get a boost from proposals like further liberalisation of FDI norms in sectors like insurance intermediaries and aviation,” added Goenka.

The roadmap for a huge investment in railway investment with the involvement of the private sector would create a spill over for several sectors. Besides the low hanging areas of tourism wherein several iconic sites are being identified would lead to immediate gains, the ASSOCHAM President said. The next phases of affordable housing, national highway projects should also be growth drivers.

The disinvestment target of Rs 1.05 lakh crore along with the commitment to disinvest Air India would be good efforts to enhance the fiscal stability with fiscal deficit being pegged lower at 3.7 per cent of GDP.   Likewise, the re-capitalisation of the public sector banks by Rs 70,000 crore should increase lending including to the stressed sectors of the economy.

The focus on Make in India is visible as also emphasis on sustainable development by measures like electric vehicles and renewable energy. Boost to high-technology manufacturing like semi-conductor and commercialisation of space technologies are innovative measures

Overall, it is a business like Budget taking into the account the ground reality. The gains would be visible in a sustained manner, Goenka said.