BioConvergence: Assembling the Forces of Nature and Technology for a Remarkable Future 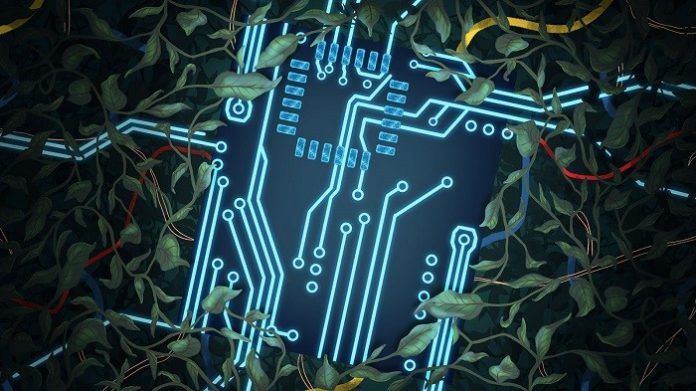 Imagine a nature-inspired technology that can increase your life expectancy. One that can prevent or delay the onset of chronic diseases like diabetes, cancer, and heart diseases.

How would it feel if we could help in early and efficient medical intervention and diagnosis to prevent such diseases? That would be pretty epic, right? Well, it’s not just imagination anymore.

The methodology of Bioconvergence is exactly that: the study of nature and its models, mechanics as well as their application to the process of innovation. In sciences and specifically life sciences and medical innovation, this approach has been increasingly growing and for a good reason. It allows innovators to not only create better things and make a real impact but also opens the doors to more and better funding this facilitating the business development and commercialization of these better products.

We live in a post-genomic era, where data, molecular engineering, and new frameworks redefine possibilities. Furthermore, Researchers, engineers, and biotech firms are moving beyond the “nature-inspired” paradigm. The lines between biology, engineering, nanotech, and IT are becoming increasingly hazy. What we’re seeing here isn’t just gradual iteration. It’s a revolution, a mass convergence of multiple different fields: Bioconvergence.

The Next-generation of healthcare solutions isn’t just taking inspiration from nature. They actively incorporate biological systems and processes, unlocking possibilities that were unthinkable just a few years ago. But what is this paradigm shift? What exactly is bioconvergence? And what does it mean for the future of healthcare? 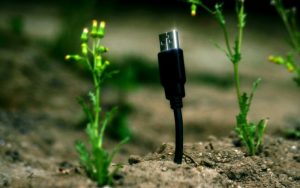 Throughout most of the history of modern medicine, technology and biology have had a complex relationship. Early Decartesian practitioners emphasized the similarities between the human body and complex mechanical systems. Other strands of thought adopted more holistic perspectives

Regardless, key medical innovations over the past two centuries relied on technology and biology working hand in hand. The discovery of penicillin—little more than mould on a windowsill— was a fluke of biology. But the manufacturing of antibiotics and the fight against communicable diseases was possible because of 20th-century technological innovations.

More recently. IT has begun to play a greater role in the medical field. The human genome was mapped for the first time in 2004 and researchers came to a profound conclusion: the body was so much more than a machine. Humans, and the intricate biological systems we’re made out of, are the products of over four billion years of evolution: of iteration, improvement, and refinement on a scale we can hardly conceive of.

And it’s not just us. The entire world is a product of biological systems that exceed our best attempts at engineering: spider silk with multiple times the tensile strength of steel, radiation-resistant plant nanofilaments, and eyes with greater resolving power than most cameras.

What does this mean for the healthcare industry? Researchers recognized that biology wasn’t just a source of challenges. Wedded to technology, it offered real solutions. Molecular engineers, medical scientists, and biologists came together and a new paradigm was born: Bioconvergence.

Bioconvergence is an industry segment within healthcare and research in life science that emphasizes the synergy between engineering/technology and computerized systems. It is based on the understanding that biology and tech, the two pillars of biotechnology, aren’t as hard to reconcile as they appear.

However, Bioconvergence isn’t limiting itself to particular stages in the biotech chain. It’s an approach that has prospects for an end-to-end application. Many emerging areas in biotech, from omics and bioprinting to biomimicry to diagnostics, are rooted in the bioconvergence paradigm.

After all, biology is really just engineering that’s been refined over billions of years. 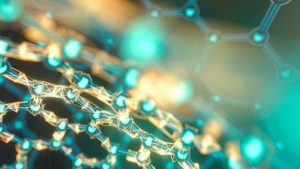 With the rise of 3D printing, greater inspiration is being gleaned from nature to construct new materials, substitute existing materials and develop new fabrication processes.

The bones of a bird have inspired new forms of concrete. While a bird’s bones are somewhat hollow, they are highly resilient and efficient, rather than fragile. The Technical University Munich (TUM) is experimenting with 3D printing to create lightweight cement pipes with a network of internal supports, similar to a bird’s bones. With a focus on structural efficiency vs. structural volume. 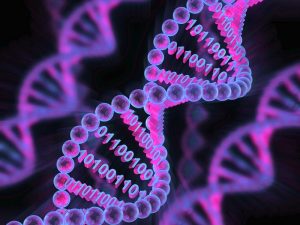 The natural world is also inspiring researchers to ponder our growing data problem. Forecasts suggest that by 2040, the demand for global memory is going to exceed the projected supply of silicon, the raw material for flash memory, according to some scientists. This is based on the projected use of data, which continues to be consumed each year at an exponential rate.

Scientists are seeking solutions by looking to nature’s most efficient storage unit: DNA. DNA is three-dimensional, lending vastly more storage space per unit area compared to conventional hard drives, which store information on a two-dimensional surface. Through DNA digital storage, scientists found a way to store 215 petabytes or 215 million gigabytes– roughly equivalent to all the data on the internet — in a single gram of DNA. DNA is made of nucleotides: chemical “building blocks” of phosphate, sugar, and nitrogen. As raw material DNA is highly compact and can last hundreds of thousands of years if kept in a cool, dry place.

Information has been extracted from DNA in bones that are 700,000 years old. And, this memory uses 100 million times less energy than storing data electronically in flash.

Over the past century, we’ve made immense strides in tackling infectious diseases like smallpox, influenza, polio, and now lately, Covid19. Over the past 30 years, advancements in HIV/AIDS therapy have saved millions of people, with retroviral treatments allowing people to live out full lives.

However, despite massive investment and research efforts, there is still a long way to tackle chronic illnesses. Diseases like cancer, heart disease, and chronic organ failure. What’s behind this discrepancy? Individual factors. When it comes to chronic disease, no two people have the same experience. The causes are different, comorbidities can differ, and access to care can vary because of the cost and demand for conventional treatment regimens.

Conventional treatments like chemotherapy have saved countless lives over the past decades, and iterative improvements and refinements have enabled progressively better outcomes. However, there is more that could be done.

In the fight against cancer, for instance, bioconvergence has immense potential to help doctors customize treatment through omics-based tumour profiling, miniaturized drug delivery, and tissue replacement.

Although bioconvergence as a school of thought has been around for quite a while, high costs and turnaround time have limited the success of bioconvergence-based treatments in the market, until recently.

Rapid genome sequencing is one of the reasons that multiple COVID-19 vaccines were developed so quickly.

Bioconvergence is a major step forward for allied industries like biotech, life sciences, and even robotics. It is transforming the research and development infrastructure that’s responsible for many of this decade’s healthcare innovations.

At an industry level, bio convergence solves a fundamental problem every biotech firm faces: Bridging the gap between molecular engineering expertise and biology.

This has a real impact on procurement and budget allocation. Engineers who actually operate (and troubleshoot!) laboratory technologies have an entirely different set of expectations and needs compared to research teams.

We’ve spent most of human history imitating nature, from architecture to musical instruments, to medical treatment regimens. In today’s data-driven world, though, a new possibility has emerged: why imitate when you can integrate?

Bioconvergence is the future of healthcare, a future that promises targeted, personalized treatment, cures for illnesses, and hope for better, more accessible care worldwide. By integrating biology research with engineering expertise, by recognizing that these are two sides to the same coin, bioconvergence, is pushing the industry forward and helping create the future of medicine.

Nature never ceases a moment to inspire us since the dawn of mankind. Future technology and scientific advancements would massively be dependent on the course of nature. And of course, the inspiration that we are getting from it constantly. After about 4.5 billion years of solid research and development, nature has developed some ingenious solutions. From transporting water and nutrients up a 300-foot-tall redwood tree to defying gravity, nature has developed some of the best-known methods for life to adapt and thrive.