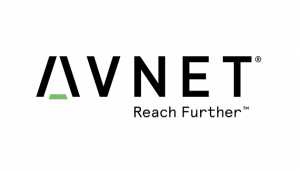 “Our second quarter results demonstrate the tremendous progress we are making in transforming Avnet into a global technology solutions company,” said Avnet CEO Bill Amelio. “Even with the current uncertainties in Asia, Avnet posted strong gains in revenue and profitability compared to a year ago. Our unique ecosystem approach is really starting to pay off with our suppliers and customers. With the addition of Softweb Solutions, we now have the software and hardware to deliver an end-to-end IoT capability that can lower costs, speed time to market, and reduce complexity for our customers.”

“This quarter, we continued to execute broadly across our stated goals including accelerating the Americas, optimizing our cost structure and reducing share count,” stated Tom Liguori, Avnet Chief Financial Officer. “We delivered year-over-year, double-digit sales growth while reducing selling, general and administrative expenses by $12 million. Our diluted share count decreased by 10 million shares year over year or 8%. Our remaining buyback authorization stands at $440 million at the end of the quarter which we will utilize appropriately to signal our continued confidence in Avnet’s long-term outlook.”

• Expanded Avnet’s Internet of Things (IoT) capabilities with the acquisition of Softweb Solutions. The integration of Softweb’s best-of-breed artificial intelligence (AI) software for IoT applications, along with its data services and digital process capabilities, provides Avnet with rapid design, development, and deployment capabilities that can help customers increase efficiency, speed time to market and help their businesses transform.

• Capitalized on the significance of electronica, a leading trade show for electronics, by building Avnet City. This was the first time Avnet used an industry event to bring together under one exhibit the expanse of Avnet’s end-to-end ecosystem. The well-received Avnet exhibit included community-oriented events hosted by Hackster.io and element14, and demonstrations highlighting the Company’s innovation capabilities, including robotics, AI and virtual reality.

• Demonstrated at CES the depth and breadth of Avnet’s IoT R&D resources including its role as a lead partner for Microsoft Azure Sphere; the unveiling of Avnet’s SmartEdge Agile, which is ideal for developing machine learning applications such as predictive maintenance and remote monitoring; and Avnet’s SmartEdge Industrial IoT Gateway, which is designed for automation applications that require strong end-to-end security.

• Generated $72 million of cash flow from continuing operations during the quarter.

• Recorded restructuring, integration and other expenses of $62 million during the second quarter primarily for non-cash impairment and severance costs. These charges were incurred in connection with the continued transformation of our IT, distribution center and business operations including the re-prioritization of our IT initiatives and resources. Second quarter transformation projects are expected to deliver approximately $10 million in savings per quarter once fully implemented.

Awards and Notable Recognition Received During the Quarter

Wireless Connected devices market to boost up with growing popularity of...