ARE WE HEADING TO A NEW WORLD ORDER? 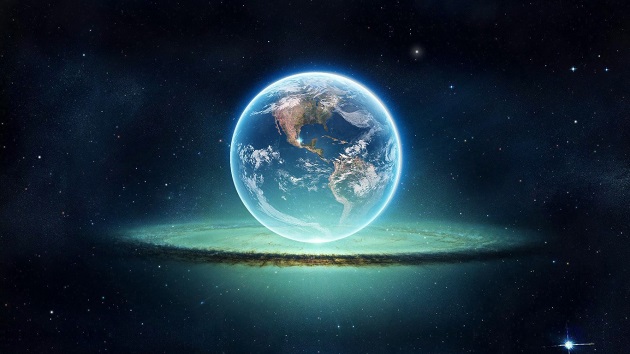 Deadly and disruptive as it already is, and terribly as it could yet worsen and spread, the 2020 coronavirus outbreak could also have political effects sooner than later. The pandemic unquestionably presents an era-defining challenge to public health and the global economy. Resultantly, we can identify a few points of particular concern. Its political consequences, both short and long-term, have now started reflecting on the world firmament.

The disease’s catastrophic economic impact could well sow the seeds of future disorder. A global recession of as yet unknown scope lies ahead; pandemic-related transport restrictions will disrupt trade; countless businesses will be forced to shut down; and unemployment levels are likely to soar.

China ‘secret’ could explain why Covid barely spread beyond Wuhan. I think that should make us realise that there is something to it. Now unscrupulous leaders in China may exploit the pandemic to advance their objectives in ways that exacerbate international crises – on the assumption that they will get away with it while the world is otherwise occupied.

In view of its expansionist tendencies, China has border disputes with all its neighbours, be it the land or marine jurisdictions and often tries to bully them into submission. China has disputes with India, Taiwan, the Philippines, Indonesia, Vietnam, Japan, South Korea, North Korea, Singapore, Brunei, Nepal, Bhutan, Laos, Mongolia, Myanmar and Tibet. China has been pursuing expansionist designs for a long time now. Being a communist country, expansionism is crucial to its ideology, a tactic that prompted the world leaders to call out Beijing for its “rogue” attitude.

The coming months will be acutely risky with the world on its knees before the deadly coronavirus outbreak, China has virtually launched World War III through its financial might to topple global powers. China has adopted a carefully calibrated strategy for World War III where the weapon is a virus.

Economic and military prowess of China backed by its ‘expansionist ideology’ and a confrontation with all its neighbours including the United States and Russia lead the world powers to comprehend as the world is heading in a very dangerous direction.

Half-way into a year dominated by the pandemic, governments are confronting a health crisis, an economic crisis, all at a time of heightening geopolitical rivalry. How those tectonic shifts crystallize over the next few months will go a long way to determining the post-virus era. As the crisis goes on, the countries have started taking measures including indefinite bans on Chinese manufactured goods and relocating their manufacturing units to other places.

The potential effects of COVID-19 is magnified by the fact that the global system is already in the midst of realignment. The standoff between the U.S. and China is compared to the foothills of a new Cold War. If the coming period is not dealt with wisely, it could be marked by major disruptions in an already conflict-ridden world.

In the meantime Modi govt has been working on a multi-pronged strategy since walking out of Regional Comprehensive Economic Partnership (RCEP) last year. The government is looking at increasing tariffs on a range of products — from electrical and electronic equipment to the medical and diagnostic sector — as well as putting curbs on importing active pharmaceutical ingredients (APIs) from China. In the absence of a demand stimulus, increasing tariffs on imports is the only option.

More broadly, coronavirus and its spreader China, and how it will be dealt with, is likely to have a profound influence on the shape of the multilateral order that will emerge in its aftermath. For now, one can discern two competing narratives gaining currency – one in which the lesson is that countries ought to come together to better defeat COVID-19, and the other in which the lesson is that countries need to make China understand that this is not the way that the world runs.