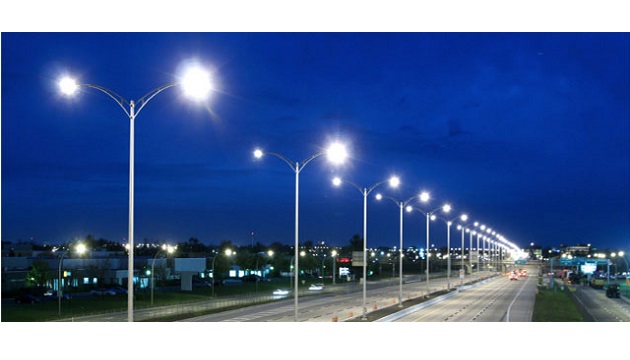 Setting a target of creating world record in Smart Street Lighting project, Chief Minister N Chandrababu Naidu has directed officials to take steps to launch Alert Management System (AMS), a delivery mechanism with global standards to deal with complaints pertaining to LED streetlights, in all gram panchayats in the State.

The State government, for the first time in the country, is going to initiate quick and efficient complaint handling mechanism, the AMS, giving equal priority to implementation and maintenance of LED street lights.

According to officials, the AMS will ensure accountability among concerned government departments and create confidence among the general public that their complaints are dealt effectively and resolved in a stipulated time.

The Chief Minister, during a teleconference with officials of Energy and Rural Development departments on the progress of flagship programmes, said the State had already created a national record in LED street lighting project and that the Energy and Panchayat Raj department should focus on achieving world record. “The gram panchayat LED street lighting project will become the best large-scale rural LED programme in the world,” he said.

Expressing happiness over the information given by Panchayat Raj and Rural Development Minister Nara Lokesh that the first phase of LED street lighting project was almost completed, the Chief Minister directed officials that the entire project must be completed by the end of December.

“Our utmost priority is people’s satisfaction. Take feedback from gram panchayats and strive to ensure 100 percent satisfaction levels over the LED street light project,” he said. The State government has been focussing on creating basic infrastructure and providing modern facilities in rural areas, the CM said.

No other State has implemented such a gigantic task so far. Erection of third wire to set up centralised control monitoring system has been completed in 10 districts and installation will be completed in Chittoor, Anantapur, Vizianagaram likely by the first week of September. The Installation in West Godavari, Kadapa will be completed by September 30,  Srikakulam and Kurnool by October, Guntur and in Krishna by November, Prakasam and Nellore by December, covering all the districts.

Lokesh said the entire department in coordination with EESL, DISCOMS, APSEEDCO and NREDCAP was fully geared up to complete the LED project by December-end.