Another Batch of Rafale Jets By Mid-May 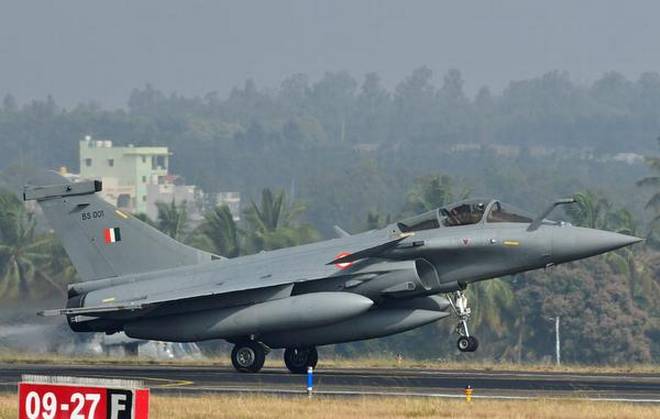 India will receive another 8 to 9 Rafale jets from France by mid-May, with some expected later this month, completing the first squadron of the fighters in the Indian Air Force (IAF), according to a defence official. “The number of jets that will arrive in India by month-end is being finalised. In all-around 8-9 jets are expected by mid-May,” the official said.

With the inductions this month set to complete the first squadron, which currently has 14 jets, the IAF is all set to operationalise the second Rafale squadron at Hasimara in West Bengal later this month.

Last September, the IAF inducted the batch of five Rafales of 36 jets contracted from France under a €7.87 billion Inter-Governmental Agreement signed in September 2016 with 13 India Specific Enhancements (ISE). The first batch of five Rafale jets, three single-seat and two twin-seater trainers, were formally inducted into the No.17 ‘Golden Arrows’ squadron of the IAF last September at Ambala Air Force station. They arrived in India in July 2020 with a stopover at Al Dhafra airbase in the United Arab Emirates (UAE).

Last December, IAF Chief Air Chief Marshal R.K.S. Bhadauria said the Force would get 3 to 4 Rafales every two to three months till all 36 jets are delivered and added that the first squadron would be fully ready by the end of 2021 and the second squadron by 2023.