Android for Rugged Devices: The challenges and way forward 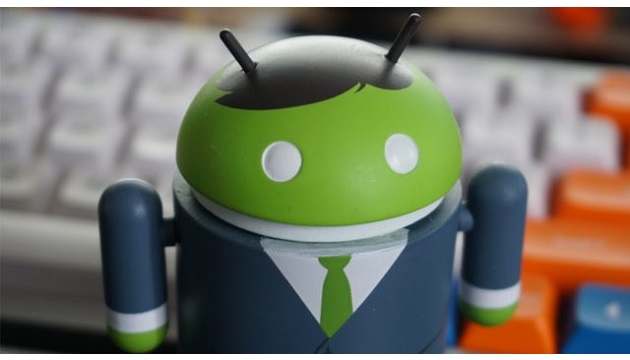 With the upcoming industry concept of leveraging Android for rugged devices, Sasken continues to be the pioneer of a leading enabler of smart connected solutions. To comprehend about Sasken’s gap bridging techniques between OEMs and device makers in meeting latest Android industry standards, to understand about the key challenges and the way forward for the industry, ELE Times’ Nikita Sharma caught up with Mihir Kumar, Senior Vice President and Head of Industrials Business Unit, Sasken Technologies. Excerpts:

Ele Times: Can you give us a deep-dive into the concept of Android for rugged devices and the market opportunity for this segment?

Mihir: Due to the high failure rate of consumer smart devices used in enterprises such as retail, healthcare, manufacturing, logistics, field services, government and other industries, users prefer devices with higher levels of ruggedness without sacrificing the features of smart devices, including touch display and user experiences. This has made the rugged device segment become one of the fastest growing in the smart devices market. The rugged handheld devices market size will grow by over USD 1.7 billion during 2019-2023.

Rugged device manufacturers have historically been using Windows-based operating systems such as Windows CE and Windows Embedded to power their devices. However, with Microsoft going slow on their OS development, Android is steadily gaining market-share in the rugged market. The following are contributing to the growth of Android-based smart rugged devices:

Ele Times: Given that Android is making a strong mark in the devices space, can you give us an overview in terms of Sasken’s offerings in this niche space?

Mihir: Sasken has over 20 years of experience on Linux Platform, which Android is based on and has successfully enabled over 100 million devices for shipment for customer. Sasken has enabled the launch of 80+ commercial models for global operators. Sasken has been working with various rugged device manufacturers to bring up Android on their devices and subsequently port the next Android versions on those devices while addressing the challenges and working closely with hardware component vendors for subsystem compatibility. Sasken helps device makers with the following:

Sasken has enabled OEMs to launch Android based rugged devices on various chipsets and has successfully ported all versions of Android from Jelly Bean to the latest Pie.

Ele Times: Since product life is longer in case of rugged smart devices, is that a key challenge? What are some of the other key challenges that OEMs face in adopting Android for rugged devices?

Mihir: Rugged smart devices are designed to achieve a seven-to-ten-year lifespan while devices designed for personal usage have a shorter lifespan. Due to the addition of new features, products are usually updated after only six to eight months. This doesn’t create a problem for individual consumers, who typically have one device at a time, but can create a major problem for enterprises, such as retail chains, who have hundreds or even thousands of mobile devices to manage. Since product life is longer in the case of rugged smart devices, there is a challenge to support legacy devices and platforms, especially when semiconductor vendors do not support upgrading to newer versions of the OS.

The use cases of rugged devices mandate some of the hardware components to be different from that regularly used in normal smart devices. For example, these devices demand a resistive touchscreen, rugged keypad, connectivity and interoperability, efficient power management, etc. This requires configuration changes, possible redesign of Android frameworks, development and inclusion of customer apps for factory testing among others.

Challenges increase when chipset vendors do not support Android upgrades on legacy chipsets and upgrades may also need changes in subsystem (graphics, multimedia, sensors) firmware. Supporting new version of Android by retaining old kernel may pose incompatibility issues and security problems. Therefore, a thorough analysis of changes in the kernel is required to decide which kernel version can be used. Sasken plays a crucial role in such scenarios by bridging the gap between the chipset vendors and OEMs.

Ele Times: Given the various Android updates required and Android stacks present, can you throw some light on Sasken’s expertise in this regard?

Mihir: Sasken has been providing end-to-end device development services to global product companies for more than a decade and has extensive experience working with global device OEMs in developing enterprise grade rugged devices for customers in different verticals. We understand the changing demands for enterprise customers for rugged devices and provide complete product development and support with the fastest turnaround time. Sasken has helped global rugged device OEMs with multiple Android OS upgrade across new and legacy chipsets.

Ele Times: What are your thoughts on the way forward for this industry? Any comments, on the growth for the India market for this segment?

Mihir: Mass adoption of Android in the rugged device market space will require security to be enhanced and enterprise features such as device management (to provision, configure, update, and control) to be included. Google has been working on addressing all these and over various releases has introduced different features such as enhancing device administration support, including Android for Work, ensuring verified boot using trusted execution environment, enhancing runtime security by sandboxing per application environment, and enforcing system-wide SELinux (Security-Enhanced Linux). The pace set by Google in defining, enhancing, and including the security features is definitely making rugged device OEMs to start moving towards Android if they have already not started yet. This constant enhancement of features might require OEMs to start adopting a set of features, instead of porting to the new versions of Android which Sasken can help with.

Also, the realities of the longevity of the rugged product and short Android upgrade support cycle from the chipset vendors will remain a challenge. This challenge has to be addressed without a substantial cost to the OEMs in order to increase the volume of Android adoption in this space. Sasken with its advantage of having expertise in various Android stacks can help any potential player to succeed in this space.