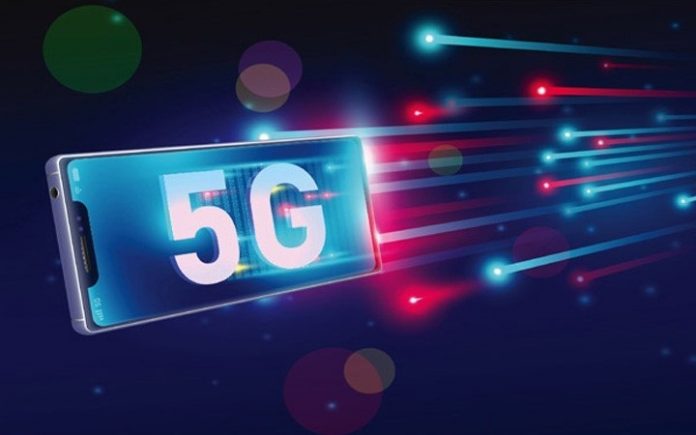 By the end of this year, India is expected to join the select club of countries like the US, Canada, the UK and many European Union nations where 5G technology has already been launched.

The Department of Telecommunications (DoT), under the Communications Ministry, in a detailed note submitted to a parliamentary committee recently, held that “the specific time frame” for the rolling out of 5G technology in India is “by the end of 2021”.

Currently, 4G technology has been a major inflexion in mobile technology with packet-switched data transmission and high-speed connectivity.

The DoT Secretary’s note told the committee that the 5G technology will be “rolled out not on a pan-India basis but in select areas first where the demand would justify the CAPEX”.

In simple words, the technology will be rolled out in those selected areas which will be able to justify the capital expenditure incurred by the entity concerned on the 5G spectrum.

The government also clarified that “the 5G technology will initially ride on the 4G technology”.

“It is not that one fine day 5G will come and replace all 4G. That is not so.

“The releases which are happening in 3GPP (3rd Generation Partnership Project) are 8, 9, 10, 11, 12 like that. Release 15, which is generally taken, is expected to be adopted as 5G features,” the committee was told.

Noting that 5G has various applications, the DoT said: “One of the earliest applications will be on Enhanced Mobile Broadband (EMBB). It will be in large metros and give users better mobile experience in terms of talking download, and more reliability.”

“It is important, but we think the real strength of this technology is in social use applications, in the field of health, education, agriculture, disaster management, public safety, traffic management etc.”

The government focus will be on these lines as it thinks that the users many are not able to distinguish between 4G and 5G for faster speed.

However, it accepts that it is a “tough” road ahead and it has to work hard to make sure that 5G in India comes in near future.

“Our own assessment would be regarding the specific time frame that somewhere by the end of 2021,” the DoT Secretary said.

The official further clarified that the 5G rollout plan is based on a study that the government has undertaken. “I am going by the logic that this will have to be preceded by auction of 5G. Right now, what we are going to have is the auction for bands other than 3.3 to 3.6 but this band will also be auctioned somewhere in the next six months or so,” the Secretary said, adding that the spectrum will be available after this.

In parallel, various companies would be benefiting using 5G and would be making their investments, as well as for deciding the areas for the rollout, the committee was told.

The approach to 5G Policy requirements in India was already finalised in the 5G High-Level Forum (5GHLF) Report released by the DoT in August 2018, with minimal on-ground actions or implementation instructions having been issued so far. Action in areas such as identification of spectrum band, a decision on spectrum band and decision on spectrum policy is still to be initiated.

The 5G trial applications were submitted by the TSPs in the month of January last year. However, to date, the guidelines for their trials have not been made clear and there is no set date for their commencement.

Can 5G Help the Environment?