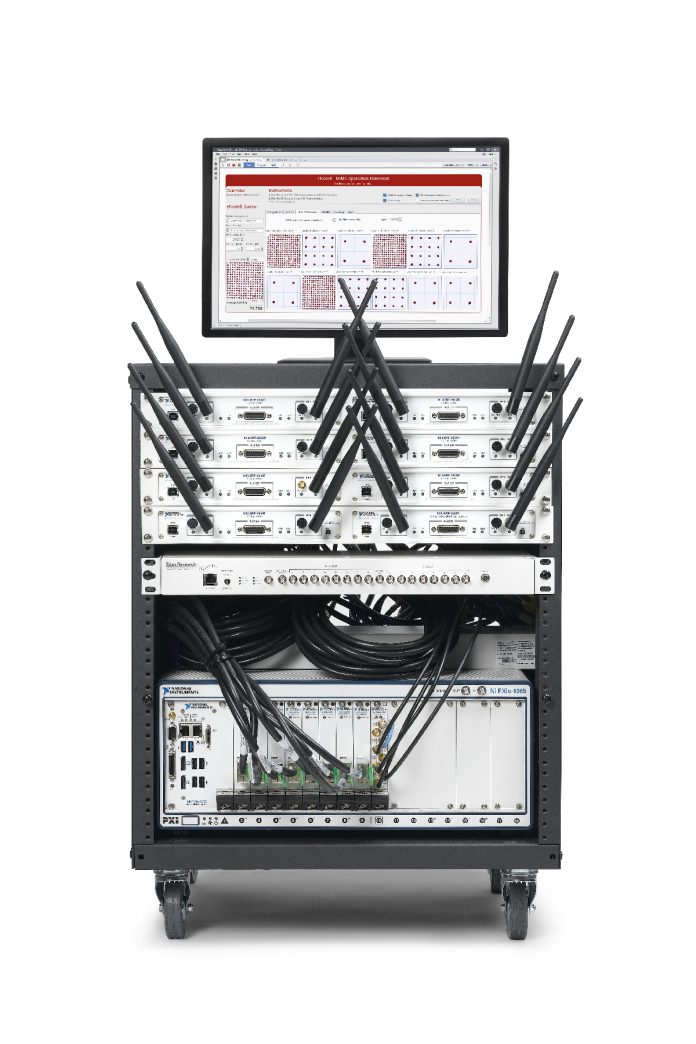 Researchers can now explore beamforming techniques not just at the base station, but also at the UE to further improve overall network throughput, extend cell coverage, reduce interference and more. The MIMO Application Framework supports a maximum network throughput of more than 1.5 Gb/s, a flexible and reconfigurable Time Division Duplex-based frame structure and a fully bi-directional communications link that can be used out of the box to conduct Massive MIMO experiments and seamlessly integrate custom signal processing algorithms in a fraction of the time compared to other approaches.

As participants in NI’s RF/Communications Lead User program, wireless researchers at Lund University in Sweden have used NI’s flexible prototyping platform for 5G research and have recently demonstrated the feasibility of Massive MIMO under mobile conditions for users moving at both pedestrian and vehicular speeds.

“Massive MIMO has emerged as one of the leading 5G technologies that has the potential to provide unprecedented levels of spectral efficiency that will be critical in supporting the vast number of wireless devices expected to come online in the coming years,” said Fredrik Tufvesson, IEEE fellow and professor of radio systems at Lund University. “NI’s MIMO Application Framework provides the hardware and software capabilities needed so that beamforming techniques can be explored at not just the Massive MIMO base station, but also at the multi-antenna UEs to further enhance the overall system performance of 5G networks.”

Find more information on the MIMO Application Framework at www.ni.com/sdr/mimo.