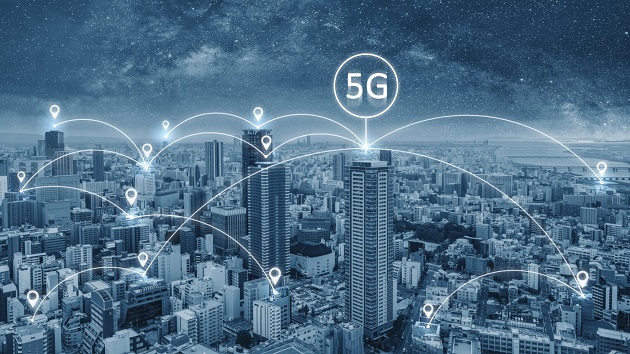 The Indian government has set a target of commercializing 5G in the coming years. However, there is a need for India to pursue the rollout of 5G with a cautious approach. India’s National Digital Communications Policy highlights the importance of 5G when it states that the convergence of a cluster of revolutionary technologies including 5G, the cloud, Internet of Things (IoT) and data analytics, along with a growing start-up community, promise to accelerate and deepen its digital engagement, opening up a new horizon of opportunities.

5G, being the next step beyond 4G and LTE mobile networks, with faster speeds, more bandwidth, and a wider range than previous networks is a developing technology, with several major mobile network completely depending on it. The fifth generation network is currently under progress and some countries are already equipped with the same and has hit the market at the horizon 2020. Perhaps this is one reason why the talks around 5G has been so prominent. 5G won’t just affect the way in which people would access content on mobile phones, but will also change the way people connect from home to a large area of globe.

5G networks in India could vigorously improve the accessibility of services such as mobile banking and healthcare, and enable exponential growth in opportunities for unemployed or underemployed people to engage in fulfilling and productive work. 5G will help in creating cyber-physical networks which not only interconnect people, but also interconnect and control machines, objects, and devices. It will deliver new levels of performance and efficiency that will empower new user experiences and connect new industries. Due to high-speed, high-reliability, low-latency network, 5G networks will act as an enabler for the Industrial revolution 4.0.

5G is expected to form the backbone of emerging technologies such as the Internet of Things (IoT) and machine to machine communications, thereby supporting a much larger range of applications and services, including driverless vehicles, telesurgery and real-time data analytics. The years ahead is set to witness the preparation of telecom operators in giving a push to Internet of Things business through narrowband IoT (NB-IoT) technology, whereas some other players are also making efforts to build a parallel network to drive India’s IoT ecosystem.

Telecom operators are expected to deploy 5G network in many cities of India and is now covering more than 215 million people. These companies have plans of expanding presence to all over the country in the future. Some operators like Reliance Jio, Vodafone Idea, and Bharti Airtel worked to push their respective enterprise businesses, especially around Internet of Things (IoT). Analysts believe that 5G in India specifically lacks in ecosystem for devices. In order to address the challenge, telcos are taking partner-led approach to build a complete ecosystem around their networks.

Telecom industry body Cellular Operators Association of India (COAI) has also expressed concerns about the financial health of the telecom sector (AGR issue). The COAI has also pointed out that 5G is overpriced by at least 30% to 40% compared to international standards and auction in other markets such as South Korea and the U.S. Additionally, the debt-ridden telecom industry of the country has indicated apprehension towards even bidding for 5G airwaves given their weak financial situation. 5G smartphone models are likely to cost much more than the most advanced 4G devices currently available with enhanced features, additional cameras and sensors to support AR and VR applications.

What really is the technology?

5G is based on OFDM (Orthogonal frequency-division multiplexing), a method of modulating a digital signal across several different channels to reduce interference. 5G uses 5G NR air interface alongside OFDM principles. 5G also uses wider bandwidth technologies such as sub-6 GHz and mmWave. Like 4G LTE, 5G OFDM operates based on the same mobile networking principles. However, the new 5G NR air interface can further enhance OFDM to deliver a much higher degree of flexibility and scalability. This could provide more 5G access to more people and things for a variety of different use cases. 5G will not only deliver faster, better mobile broadband services compared to 4G LTE, but it will also expand into new service areas, such as mission-critical communications and connecting the massive IoT. This is enabled by many new 5G NR air interface design techniques, such as a new self-contained TDD sub frame design.

5G will bring wider bandwidths by expanding the usage of spectrum resources, from sub-3 GHz used in 4G to 100 GHz and beyond. 5G can operate in both lower bands (e.g., sub-6 GHz) as well as mmWave (e.g., 24 GHz and up), which will bring extreme capacity, multi-Gbps throughput, and low latency. 5G is designed to not only deliver faster, better mobile broadband services compared to 4G LTE, but can also expand into new service areas such as mission-critical communications and connecting the massive IoT. This is enabled by many new 5G NR air interface design techniques, such as a new self-contained TDD sub frame design.

Effect on the economy, availability and the road ahead

Through a landmark 5G Economy study, it is found that 5G’s full economic effect will likely be realized across the globe by 2035, supporting a wide range of industries and potentially enabling more than $13.2 trillion worth of goods and services. This impact is much greater than previous network generations. The development requirements of the new 5G network are also expanding beyond the traditional mobile networking players to industries such as the automotive industry.

5G value chain could alone support up to 22.3 million jobs, or more than one job for every person if implemented. And there are many emerging and new applications that will still be defined in the future. Only time will tell what the full “5G effect” on the economy is going to be. 5G is already here today, and global operators started launching new 5G networks. In coming years, many countries expect nationwide 5G mobile networks. Also, all major Android phone manufacturers are commercializing 5G phones. And soon, even more people may be able to access 5G.

5G has been deployed in 35+ countries and counting. It is a much faster rollout and adoption compared with 4G. Consumers are very excited about the high speeds and low latencies. But 5G goes beyond these benefits by also providing the capability for mission-critical services, enhanced mobile broadband and massive IoT. While it is hard to predict when everyone will have access to 5G. Regulatory frameworks will also need to evolve to keep pace with this change. In this context, there is a need for India to enact a data protection law. There is a need to set up universal standards and procedure for seamless integration of services and infrastructure under 5G. In order to deal with the concern of technical companies leaking critical information, a “no-backdoor” agreement with the Indian government and telecom companies will ensure that no snooping is allowed on its network.

5G networks were once expected to be launched in India by late 2020 or early 2021, but it’s now highly unlikely that this could happen before mid-2021. Even if a date is soon set to auction the spectrum and the telcos quickly find the money to buy it, they still need to perform a lot of tests before launching commercial service. Ericsson, a network equipment vendor based in Sweden, has said 5G service is likely to be available in India only from 2022.

India is set to join the 5G revolution soon with the Telecom Regulatory Authority of India (TRAI) preparing to open the spectrum. Telecom operators in the country are getting ready for 5G trials. The country needs to explore all three spectrum band categories in order to realise the full benefits of 5G. If India does not want to be left behind, which has happened in all the previous ‘G’ transitions, it is crucial to roll-out 5G and play a pivotal role in defining what the world will use to grow technologically and economically.

In order to mitigate initial high cost for establishing enabling infrastructure for 5G, base stations might move to drones or balloons to ensure that the Internet of Everything is also the Internet of Everywhere. This new revolution will take access to connectivity and, through it, access to knowledge to vast sections of the population, and entire geographies that have been cut off so far. India needs to invest in research and development in technologies related to critical infrastructure and strive to indigenize them as soon as possible.