10 Biggest Cyber Security Companies to Watch out for 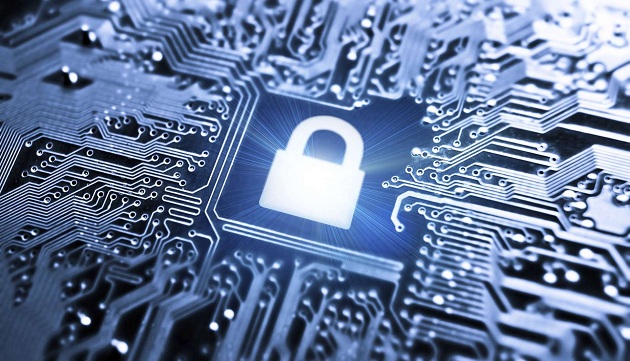 We live in a clustered jungle; in a never-ending zoo that is networked together from one end to the other. The revolution of the Internet of Things along with the concept of everything connected means that, today, the world is closer than it ever was. This networking around the world has facilitated human beings in uncountable ways. For instance, it is easier to stay connected with people you care about. And similarly, it is easier to stay away from people that you don’t care about. Networking has revolutionised the way we see and handle money. And all of this is just the beginning of a long narrative about how the world’s infrastructure has developed, courtesy networking.

But, like everything else, there are always bad fish in the pond. Hillary Clinton lost the United States’ Presidential race to Donald Trump because someone broke through the high security of her emails and accessed what essentially became the reason of her downfall. Trump on his part came under scrutiny because of leaked emails that pointed towards Russian mollycoddling in the US elections. These instances along with numerous others together indicate a deadly attack on the network that encompasses across humanity- Cyber-attacks: The delirious use of codes and other computer chicanery to deliberately breach a secured network ecosystem.

Fortunately, mankind has found a solution; or at least a way to tackle cyber-attacks. The turn of this century has seen several cyber security companies come to the fore. These are firms that ensure the malicious intent of certain people doesn’t see the light of day. The entire editorial desk of ELE Times jumped to the task of identifying, the biggest cyber security companies in the world. In no particular order, here are our top picks:

Established in 1993, this Israeli cybersecurity firm provides both the software and hardware to its clients to protect them against a cyber-attack. Today, this is one of the biggest cybersecurity companies in the world to look out for. The company provides cybersecurity options that range across network security, mobile security, endpoint security, and data security among others.

The company boasts of robust and advanced firewalls designed to provide network and data security within a network or cloud. Interestingly, the firm was founded by an ex Check Point Software Technologies engineer. Since 2005, this cybersecurity firm based in California has developed cutting-edge security firewalls at affordable prices. What more, one of the co-founders of Palo Alto Networks, Rajiv Batra, is an ex-IITian.

Even when cybersecurity was not a major issue around the world, Symantec was around. We all, at some point in time, have used the Norton antivirus on our PCs. And Norton is a product of Symantec. That really is a testimony of the firm’s pedigree in developing safety and security software. The company has development centers in India’s Pune, Chennai, and Bengaluru. Symantec is a Fortune 500 company and undoubtedly one of the biggest cyber security companies in the world.

This Japanese cyber security firm deals majorly in developing security software for the cloud. Some of its most prominent customers include Amazon, Microsoft Azure, and Oracle. Since 1988, when the company was first founded, Trend Micro, Inc., has led the way in designing sophisticated firewall software and that is enough to make it one of the top cyber security companies in the world.

Fortinet was founded at the start of the noughties in the year 2000. In only four years, the company raised more than USD 90 million in funds and launched ten security appliances using that money. The firm went public in 2009 and is today one of the best cyber security companies in the world. Fortinet boasts of a security line up of products ranging from sandboxing, messaging security, and wireless access points.

The customers of Proofpoint’s cyber security solutions comprise more than 50 per cent of the Fortune 100 companies- and that really shows how big the company really is. Proofpoint offers security solutions for email protection, data loss prevention, email archiving, and social media security.

Another cyber security company based in California, Imperva offers software for cyber security and other services for the protection of enterprise data along with ensuring regulatory compliance. Imperva was founded in 2002.

CyberArk’s cyber security technology is primarily focused on the financial sector. With nearly 30 per cent of the Global 2000 companies as its customers, the firm boasts of having more than 3650 clients that rely on its robust financial security products.

Just like Symantec above, it is hard to have missed AVG’s name while growing up. The company makes some of the bestselling security suites for PCs. And it has carried the same formula for making robust cyber security products. As of now, AVG has more than 200 million people who regularly use their security products. AVG was acquired by Czech firm Avast in 2016.

So, there you have it. The 10 biggest cyber security companies to watch out for in 2018.