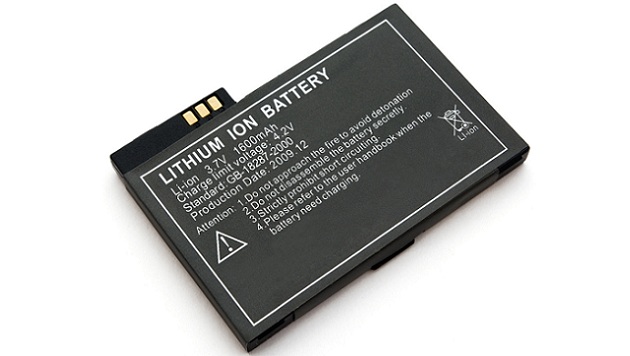 Rapid charging times, high energy efficiency, and zero maintenance- these are only a few things that make Lithium-ion Battery a valuable proposition. Given the incessant demand of Li-ion batteries in smartphones, smart watches, laptops, automobiles, and energy grids, the technology has sky rocketed both in terms of applications and face-value.

A recent Frost and Sullivan report gives us a statistical data that substantiates the growing popularity of Li-ion batteries. It tells us that between 2012 and 2016, the lithium industry’s growth almost doubled from USD 11.7 billion to 22.5 billion. Looking at the current scheme of things, the same report also estimated that in the next five years, the global lithium industry will cross USD 70 billion.

Last week, ELE Times took a look at the technology that goes into the making of a Lithium-ion Battery along with its merits and demerits. This week, we select the top 10 companies that are manufacturing lithium ion batteries. Take a look:

A complete subsidiary of Samsung electronics, Samsung SDI is dedicated to fuel research and innovation in lithium ion technology, both for in-house use and for potential clients elsewhere. Currently, the firm is engaged in the production of lithium ion batteries, solar energy panels, and energy storage systems among other things. Samsung SDI has a presence in some of biggest markets of the world including the likes of Germany, Malaysia, and the USA.

Panasonic’s tryst with lithium ion began with the boom in electric automotive. Panasonic is currently manufacturing batteries for tech and automotive giants Tesla, whose cars are well-renowned in the world for their efficiency and performance. Apart from that, the firm is also involved in manufacturing communication systems and security systems.

Toshiba has made a huge investment in its R&D department for lithium technology. The firm is currently engaged in manufacture and sales of lithium ion batteries and related storage solutions for the automotive and telecommunication sectors. As part of its diversification process, the firm has engaged itself in the production of general logic ICs, and flash storages as well.

LG Chem is one of the world leaders in making lithium ion batteries as it caters to a wide variety of industries. From providing energy solutions to the petrochemical industry to the aviation industry, LG Chem has made deep inroads spread across a myriad of different sectors. The company also makes heavy duty batteries for consumer goods like smartphones and laptops.

Ever since launching its Model S and Model X, Tesla has constantly found itself in the pinnacles of automotive excellence. All that is due to the long lasting batteries that their cars come equipped with. While Tesla is currently purchasing the batteries from Panasonic, it is going to open a Gigafactory in Australia and the US, along with Panasonic that will take care of all its automotive needs. When the Gigafactory starts production, it will be the largest facility in the world dedicated to the production of lithium ion batteries.

This American firm is dedicated to manufacturing nano phosphate lithium ion batteries. Among its various lithium ion battery offerings include energy modules, and other power management systems. A123 Systems boast of a special phosphate Li-ion battery technology called LiFePO4 that delivers high energy density to enhance the life cycle of the battery.

Based in Canada, eCobalt Solutions has positioned its lithium ion technology towards the growing renewable energy sector. The renewable energy industry seems to be a great place in terms of an investment especially for lithium ion battery manufacturers as the sector has huge potential and also a lot of demand.

Joining the ranks is a Chinese firm that offers its lithium ion battery technology to the automobile industry. The firm makes both lithium ion batteries along with electric cars that makes it one of the very few carmakers with an in-house battery manufacturing department. Recently, BYD won multiple bids to supply electric cars for the US market, despite the ongoing trade war between the US and China.

This is another Chinese firm that is rapidly gaining traction in the lithium ion space. In fact, China is the biggest market for EVs today, and most of the electric vehicles are powered by Li-ion batteries made by Contemporary Amperex. As of now, the firm is planning to expand its business beyond the APAC region and get a stronghold in the European and American market.

Rounding off the list is Johnson Controls which is one of the biggest Lithium-ion Battery manufacturers in the world. In fact, it is so big that nearly 35 per cent of lithium ion batteries in the global EV market are made by Johnson Controls. The firm offers Li-ion batteries for automobiles from all classes, including passenger vehicles, commercial vehicles, and recreational vehicles.