Home Technology Automation and Robotics ThermoBots: Microrobots on the Water 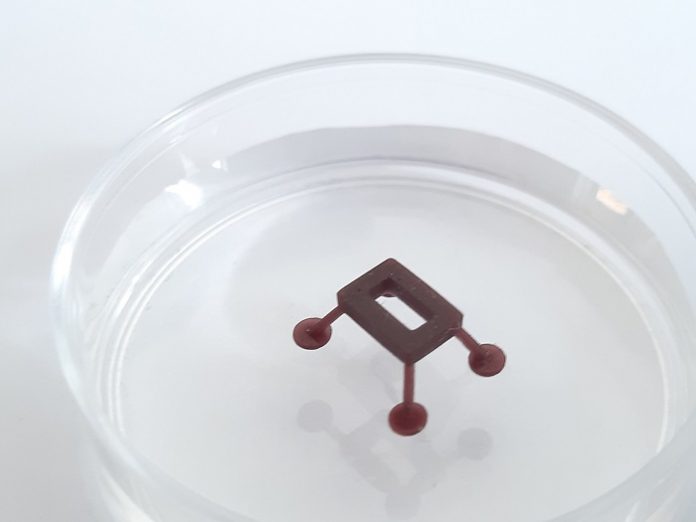 This research project was dedicated to the study of transport phenomena and fluid interfaces. And thus, ThermoBot was born, a new kind of manipulation platform working on the air-water interface. ThermoBot uses an original actuation mechanism, an infrared laser that locally heats the air-water interface, triggering so-called thermocapillary flows. Combining the specialties in interfacial phenomena and robotics, they were able to use this flow to displace floating components in a controlled manner.

The current technological trend is towards miniaturization. This is evident in the electronics industry, with electronics components getting smaller by the day. Miniaturization of products requires the development of new techniques to handle and assemble small, sometimes fragile, components. This field is called micro-assembly, combining applied physics and control engineering.

There are two main media in which handle small parts: in the air or in liquids. The air environment seems more intuitive, but it has some drawbacks, mainly due to uncontrolled adhesion. On the other hand, micromanipulation in liquids is more favorable towards handling biological material and adhesion forces are highly reduced, but the viscous drag limits the manipulation velocity in liquids.

In this case, they decided to work at the interface between water and air, a media little explored by robotics. Besides larger velocities compared to the water bulk, working at the air-water interface also allows us to exploit interfacial phenomena to generate the forces which create the motions.

The natural perspective is now to solidarize the assembly components with one another. Another difficulty might be the pollution of the surface, particularly by some big molecules called surfactants that can seriously reduce the efficiency of our approach.

Up to now, we just demonstrate some proofs-of-concept for assembling and moving miniaturized objects or robots on water. This could enable new manufacturing processes (for instance for micro-factories), or open perspectives for autonomous floating robots.