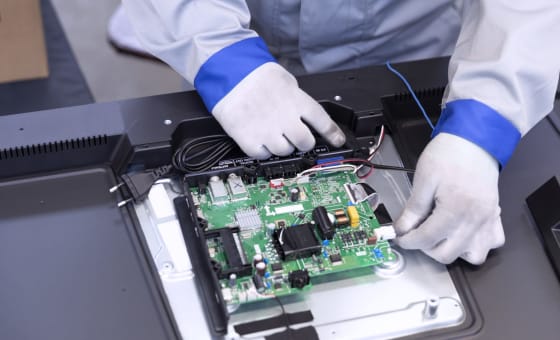 How do I know if my thermal management is a success?

There’s so much to consider when selecting a thermal management material and getting it wrong could ultimately compromise the reliability of an electronic assembly and shorten its life expectancy. No pressure! So when you think you’ve got it right, how can you be entirely sure that your thermal management process has succeeded? Critically, the product would have been tested under real-world conditions to see how it holds up under the heat, allowing engineers to alter the design before it goes to market and giving designers the opportunity to make any necessary changes to preserve the product’s functional integrity and operational reliability. Evaluating thermal performance in all phases of the design cycle will also confirm any issues being brought to light early on and help to prevent a costly system-level teardown. The criteria for evaluating the success of your thermal management process is actually fairly simple and involves 3 factors to consider. If you can say check, check and check to the following 1) Improved efficiency of heat transfer 2) Reduced thermal resistance and 3) Observe a lower temperature around the heat generating component/device, then you can reassuringly consider your thermal management process as a success!

What is the worst that can happen if a device overheats?

Increasing miniaturisation in electronics means that heat dissipation problems are becoming increasingly important. More effective thermal management will often lead to enhanced reliability and life expectancy of devices. Insufficient thermal management will quite simply lead to overheating, which may be caused by different factors at play as to why an electronic component becomes subjected to excessive levels of heat. For instance, consumer electronic devices such as portable laptops and smartphones are becoming more prone to overheating. This is because the physical dimensions of these devices are becoming smaller and more compact. To be specific, as demand for smaller devices increases and becomes even more challenging, manufacturers of electronic components need to pack far more into even smaller areas.

With overheating, failure of the component is typical. If we consider a heat producing electronic component in isolation then, during operation, its temperature will rise until the heat produced within the device becomes equal to the heat lost to the surroundings and the device has reached equilibrium. The rate of loss of heat from a hot object is governed approximately by Newton’s Law of Cooling; this states that the rate of loss of heat is proportional to the temperature difference between the body and the surroundings. As the temperature of the component rises the heat loss increases. When the heat loss per second equates to the heat produced per second within the component, the device will have achieved its equilibrium temperature. This temperature may be high enough to significantly shorten the life of the component or even cause the device to fail. Here, the worst outcome is if an entire device overheats. This will consequently affect neighbouring materials and it must be considered how these materials will react if the temperatures reaches the maximum possible level. Thermal management products are the ideal solution for this scenario. A similar approach can be applied to a complete circuit or device which incorporates heat producing individual components.

What exactly is a gap filler?

A gap filler is a material that is designed to be used at higher thicknesses than a standard thermal interface material. It could be used on a gap of 300µm up to a few mm. A gap filler will provide a good thermal conductivity but also maintain its stability at these higher thicknesses, ensuring good heat transfer throughout the life of the product. Thermal gap fillers are widely used for mobile and touch screen applications, however, products such as Electrolube’s GF400 range are extremely adaptable and can be used in a multitude of applications from printed circuit board assembly and housing electronic components discretely, to automotive electronics, including HEV and NEV batteries, power electronics, LEDs and fiber optic telecoms equipment. Gap fillers are typically soft and compliant for low stress applications and are easy to dispense due to their low viscosity. They also offer high thermal conductivity and their low modulus elastomer prevents pump out, which conveniently leads me on to my next point.

How do I avoid pump out and what are the potential consequences of this phenomenon?

Most devices in general will go through some form of thermal cycle, even if it’s as simple as switching the device on and off. When changes in temperature occur, all materials in the unit will expand or contract to a certain degree, depending upon the temperature the device reaches in operation and, ultimately, the temperatures that the individual components reach. The coefficient of thermal expansion will vary from component to component and so contraction and expansion can happen at different rates, with adverse effects such as pump-out occurring as a result.

To overcome this issue, a product that is stable during the thermal shock cycle is required. Pump out can occur when a device – an IGBT, for example – is subject to temperature changes resulting in relative motion between the conductor and its heatsink between which a non-curing thermal paste has been applied. This motion can cause such pastes to be squeezed or pumped out from the interface gap, reducing the thermal transfer performance. In order to tackle issues with pump out, it is first important to understand the conditions and materials involved. Temperature extremes and rate of change of temperature are important factors that will determine the choice of thermal interface material; for example, if operating temperatures are likely to range between -50°C and 200°C, a silicone based thermal paste would be the preferred option. In addition to these temperature considerations, the materials that are being used may have an effect on the interface material, particularly with regards to the spacing between the device and its heatsink – otherwise known as the bond line thickness. While interface materials should be applied at minimum thickness to achieve low thermal resistance, the resulting bond line may also be affected by the substrate’s ‘smoothness’ and spacing; i.e. components and heatsink surfaces at the interface. If a non- curing thermal interface material is applied more thickly due to spacing/materials considerations, the greater the pump out effect will be.

What are the potential problems associated with thermal shock and thermal management material performance?

As described above, a thermal management product at an interface could be affected by the pump out effect. This will result in the product moving and possibly allowing air to creep in between the interface. By having an uneven surface of thermal management material, hot spots can form and the dissipation of heat will be affected. If a cured product is used, the flexibility of this material must be able to withstand the changes in coefficient of expansion of all the different materials involved. The cured TIM should not crack or lose adhesion to the interface substrates during the thermal shock cycle.

Phase change materials are highly suited to the thermal management of electronic assemblies for a number of reasons. They offer efficient thermal transfer, along with enhanced performance with thermal shock cycles and greater thermal protection where temperature spikes can occur, due to their ability to store and release thermal energy (latent heat) during the phase change process. Providing an alternative to traditional thermal greases, once heated above their phase change temperature the new phase change materials become highly thixotropic liquids that perform equally as well as, but often superior to, a thermal grease. The consistency and performance of these new materials avoids possible application and migration problems that can be associated with thermal greases.