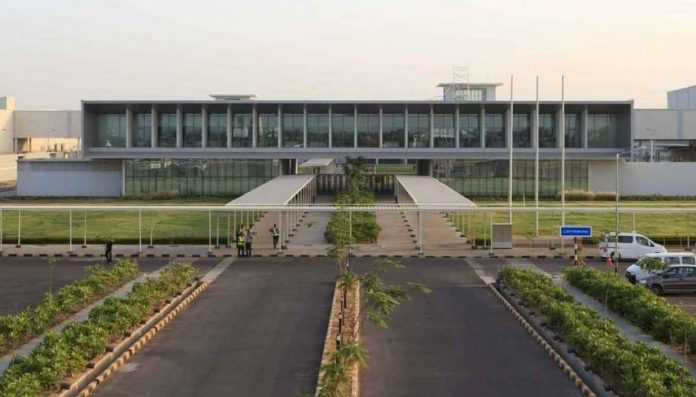 The decks are clear for automaker Tata Motors to take over Ford India’s passenger car manufacturing plant in Sanand, near Ahmedabad. Earlier this week, the Gujarat cabinet cleared a proposal submitted by the two companies to take the deal forward, top government officials confirmed.

With the state’s green signal, Tata Motors will also be able to reap the benefits and incentives extended to Ford at the time the plant was launched. The cabinet has issued a no-objection certificate to the companies’ proposal, sources added.

Officials privy to the development confirmed Tata Motors and Ford Motor Company would sign an MoU in the presence of CM Bhupendra Patel.

In 2018, the state had formed a high-powered committee (HPC) chaired by the chief minister to address and resolve issues pertaining to the execution of large projects. The two automobile giants, therefore, had submitted before the HPC a proposal for Tata Motors’ takeover of Ford’s plant.

“The Gujarat cabinet’s approval is only a green signal… The companies are still in talks to work out the nitty-gritties with regard to the deal size, labour issues, financials, and duties and benefits involved in the takeover. Once the two firms agree, a definitive agreement may be inked between the two automakers,” an official said.

“A formal ceremony for the MoU signing is being planned for May 30, wherein representatives of both companies will be present. The state government has agreed to pass on all benefits offered to Ford to Tata Motors for the remaining period of the concession agreement,”. Sources confirmed Tata Motors’ plans to manufacture electric vehicles at the new plant after making fresh investments to recalibrate Ford’s existing infrastructure.