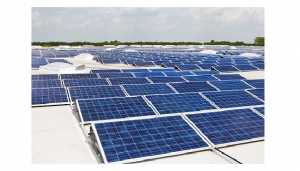 In a new twist to the imposition of safeguard duty on imported solar panels and modules from July 30, the Madras High Court permitted Shapoorji Pallonji Infrastructure to get its consignment of panels from overseas released by customs officials at Chennai port without paying the duty.

The company has been asked to execute a bond for the amount due and will have to pay the duty if the notification imposing the levy is upheld.

Shapoorji Pallonji had moved the court seeking to quash the demand by customs for payment of safeguard duty on its consignment. The company said the notification was illegal and arbitrary since there was an interim order of the Odisha high court restraining the passing of any notification on the matter.