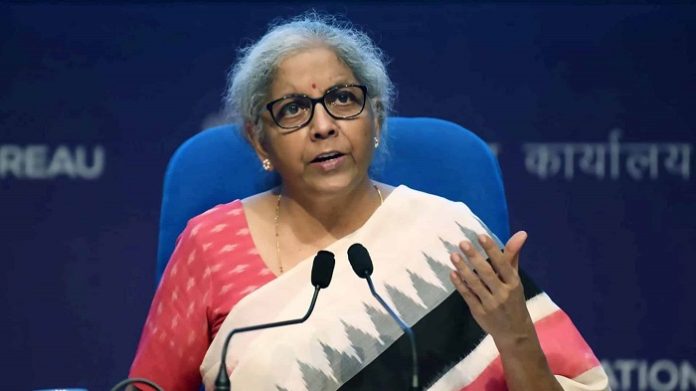 Terming the Production Linked Incentive (PLI) Scheme as a game-changer, Finance Minister Nirmala Sitharaman said it has helped in drawing huge investment to the country and also in building manufacturing capabilities. The scheme, announced in the Union Budget 2021-22 with an outlay of INR 1.97 lakh crore, covers 13 champion sectors like textile, steel, telecom, automobiles and pharmaceuticals.

As part of the global reset post-pandemic, the finance minister said India planned for schemes that can attract investors who were planning to move out of certain domains for other countries to keep their value chain intact without having to depend on one source.

“Those schemes have had a very positive outcome. The PLI Scheme… identified 13 champion sectors. Huge incentives have been announced as a result of which investments are happening in those sectors in a very big way,” she said.

Delivering the M V Kamath Centenary Memorial Lecture, Sitharaman said the PLI Scheme’s very nature benefits those with scale and helps both domestic markets and shipping the surplus to the global market, boosting both manufacturing and exports.

“So the PLI scheme I think has been a game-changer in drawing industries coming out of certain geographical territories to countries like India and being a part of the domestic and also the export market,” she said.

Observing that the approach to the economy is based on a consistent, both short term and medium-term policy, which is set for a long term, she said that is why the Budget, which was presented on February 1, 2021, clearly showed the path that the government wants to take for the next 20-25 years.

The government has identified six core and strategic sectors where it would be present, she said, adding that even there, the presence would be only a basic bare minimum.

Talking about startups, the finance minister said new sunrise areas of activity are gaining a lot of momentum.

“India concluded 2020 with about 38 unicorns, but in 2021, we added an equal number of unicorns… three unicorns minimum are being added every month in India and that is the nature of the reset. You find a lot of self-employed innovative, enthusiastic entrepreneurs who are coming out with innovative ways of doing business,” she said.

A unicorn is a company whose valuation is more than USD 1 billion.

Pointing out that raising money has never been so “alluringly easy” in the country, Sitharaman said India witnessed 63 successful IPOs with the highest volume of money raised in one calendar year.

“Reset is happening even in this. So people are now not just dependent on savings in the bank or small fixed deposits in the bank, you have even the middle class moving from the safe option of a bank or a post office to the slightly risky option of the stock markets,” she said.