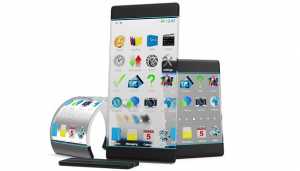 It’s time now that we start reimaging the electronics around us. In a few years, or maybe months, given the pace at which technology is changing and evolving, your smartphone might not be in your pocket, your smart watch might not be wrapped around your wrist, but stuck to your skin like a piece of clothing. Sounds too revolutionary? Well, that is exactly where we seem to be headed. An electronics world that is free of chips and wafers, free of PCBs and soldering, and yet, better in every shape and form.

In 2016, some researchers at the University of Tokyo experimented with an ultra-thin LED display that can be worn on the back of your hand, and that was when the idea of an ‘optoelectronic skin’ seemed like a real possibility. It gave traction to a field of electronics that had only been the stuff of legends before that. Three years from that crucial experiment, and today, we talk of transparent and flexible electronics like we’ve known them forever.

What has made the world of wearable, portable, transparent, and flexible electronics a possibility is the field of organic electronics. And this particular technology doesn’t seem to have a lot of limitations when it comes to application areas. The technology can be used for making flexible PCBs and LED displays that can be rolled up and down in your pocket, and change shape and form when external pressure is applied.

“Organic electronics is a fast growing multidisciplinary field of science and technology, based on the unique optical and electrical properties of π conjugated organic small molecules, oligomers, and polymers. The driving force for the progress of this area lies on the possibility of their application in different types of electronic and optoelectronic devices, the basic elements of which are organic field effect transistors (OFETs), organic light emitting diodes (OLEDs), organic light emitting transistors (OLETs), organic solar cells (OSCs), sensors, etc. They can be combined in more complex setups, like integrated circuits, colour displays, lighting panels, solar batteries, electronic noses, etc.” one of the researchers said in a paper.

Cut to 2019, and what the Japanese researchers had started has been culminated into an even bigger finding by researchers at Sweden’s Chalmers University of Technology. According to the research team, “they have discovered a simple new tweak that could double the efficiency of organic electronics. OLED-displays, plastic-based solar cells and bioelectronics are just some of the technologies that could benefit from their new discovery, which deals with “double-doped” polymers.”

The Need for Organic Electronics

Organic materials are being studied and developed for their potential to build devices with a flexibility, stretchability and softness (“soft electronics”) not afforded by silicon or any other inorganic materials – that is, electronic devices that bend, twist, and conform to any surface. Imagine a smartphone that folds like a map. Devices made with organic materials also have the potential to interface with biological systems in ways not possible with inorganic materials. Imagine an artificial skin with a tactile sensitivity approximating real skin that can be used to treat burns or add functionality to prosthetic limbs.

Not only do organic materials promise more innovative and accessible electronic technologies, they also promise more sustainable electronic technologies. The potential for greater sustainability extends across the entire life cycle of electronics, beginning with the use of materials that are synthesized, rather than mined from the earth, and ending with potentially biodegradable or recyclable devices. It is not just the devices themselves that promise to be more eco-friendly than silicon-based electronics, but also their manufacture.

The Nobel Prize in Chemistry 2000 was awarded jointly to Alan J. Heeger, Alan G. MacDiarmid and Hideki Shirakawa for the discovery and develoent of conductive polymers.

While Moore’s prediction that the number of transistors per chip would double every 18 months has more or less borne true, many scientists and engineers speculate that such growth is not indefinite and that a  limit will be reached. While the miniaturization of silicon-based electronic structures has created an electronic world full of affordable, high-performing devices, still there are things that silicon-based electronics cannot do and will never be able to do. Organic materials, whether used in combination with silicon or not, hold the potential to expand our electronic world in ways unimaginable when Moore made his prediction some forty years ago.

Most Common Materials for Organic Electronics:

Like we’ve seen above, the area of organic electronics is not new at all. There are a number of different devices that use organic electronics in one way or the other. The most common example of that is the technology of OLED displays that has become a high selling point in most modern smartphones.

OLEDs emit their own coloured light to produce images. Because they do not need backlights, OLED displays are thinner and lighter than LCD displays. They have other potential advantages as well, including flexibility, with efforts underway to develop and commercialize foldable OLED display smartphones and other devices. Other similar devices are emerging in the marketplace. These and other future OLED devices exemplify how fundamental research in organic chemistry, including the chemical synthesis of new organic materials and the characterization of those materials, can evolve into mass production of a novel technology.

To advance the technology even further, chemists, physicists, and other scientists are collaborating to develop yet more advanced organic materials with even better electronic and other properties. Researchers predict that OLED lighting technology, including large-area (white) lighting, will become a commercial reality within the next five years.

Like much of the other things around us, there is huge talk of electronics going completely organic very soon. And that is with good reason. Electronic devices borne out of the holy marriage of organic and inorganic substances will have the potential of doing things that inorganic electronics alone can never achieve. The good thing right now is that we are already seeing certain applications of organic electronics being used in mainstream electronics. Be it the display technology in high-end smartphones or low cost solar rooftop cells being deployed in the remote villages of South Sudan, we are already seeing mass availability of this cutting edge technology. However, like other things, for this technology to really realise its full potential, there are a few things that need to be achieved. Some of them are:

$79.6 million
The market valuation of organic electronics by 2020

63.5%
Contribution of the APAC region alone to the global organic electronics market

Organic Electronics Will Do What Inorganic Electronics Can’t: While Silicon and Carbon belong to the same family in the periodic table, there properties are anything but. Organic materials give electronic devices unique properties impossible to achieve with silicon-based electronic structures, enabling a broad range of innovative “out-of-the-box” applications. These properties include sensing, biocompatibility, and flexibility.

Organic Electronic Devices Will be More Energy Efficient: As chemical scientists and engineers carry on to rally the production and classification of organic materials for use in the electronics industry, such materials will lead to more energy-efficient electronic displays and lights, solar cells, transistors, and other electronic devices.

Organic Electronics are the Greener Alternative: The use of organic materials to build electronic devices holds the promise that future electronic manufacturing methods will rely on fewer, safer, and more abundant raw materials. The vision is for resource-efficient synthetic methodologies, whereby both the devices themselves and the manufacturing of those devices use less material than today’s silicon-based electronic methodologies require.

While we’ve witnessed the many wonders of organic electronics, there are still a few areas where it lags behind its inorganic counterpart. The biggest area of concern is that the conductivity of the polymers used in organic electronics is very low in comparison to traditional semiconductors. This means that for an organic electronic component, significant performance improvements need to be added in the manufacturing stage itself.

Apart from that, the anticipated use of printing to fabricate circuits is considered the primary way to make cheap products. However, organic materials based on small molecules do not lend themselves to solution processing of any kind. More than 90 percent of the OLED market is fabricated using vapour deposition of small molecules. There is a need for new inks that can be used in the process of printing organic electronics.

However, with the kind of innovation happening around the world; the two research cited above being solid examples, it wouldn’t be wrong to anticipate organic electronics’ arrival on the big stage in the next five to ten years.

The Challenges of Commercialisation

The world today doesn’t need technologies; it needs solutions. And if a technology can provide solutions, then there is really no stopping it from becoming mainstream. People today are in need of convergence of functions and that is where organic electronics can come in handy- not as a standalone hero in future electronics, but as a perfect wingman in hybrid electronics.

But, for that to happen, there are a few things that need to be addressed. First, there seems to be no consensus within the industry on as to how to kick start the organic electronics sector. Apart from a few innovations in LED display technology, solar cells, and RFID tags, there is not much manufacturing happening around the world.

In countries, especially like India, where fabless technologies can really benefit given the ripe market conditions, there is little to no talk of organic electronics at the time of writing this story. Neither the government, nor the industry seems upbeat about the technology and that puts its future in jeopardy, especially in India.

The Future of Organic Electronics

Realizing the visions articulated above will require overcoming several major scientific and engineering research challenges. Arguably the greatest overarching challenge to the field of organic electronics is to create electronic structures at industry-level scale with high yield and purity. This is true regardless of the type of material used or application. Until industry-level production of well-controlled structures is achieved, the visions for organic electronics will remain just that – visions. 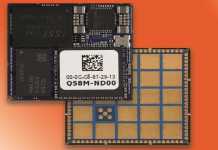 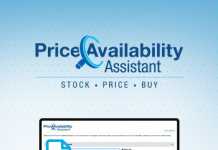 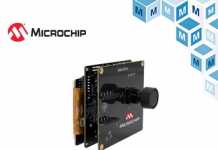 Time to play ping pong with a Robot

Range of Products for Brighter Future of Society