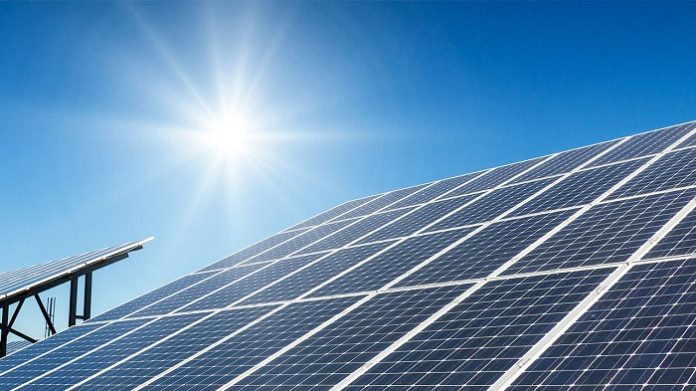 In recent years, engineers worldwide have been developing various new technologies to generate and store energy more sustainably. These technologies include solar or photovoltaic cells and electrical devices that can convert the light from the sun into electricity.

A-Si:H has been used to create photovoltaics for numerous years, due to its low defect density, tunable conduction, and other advantages. As this material’s advantages heavily rely on the configurations of hydrogen and silicon in 3D space, engineers must be able to control the material’s microscopic structure with high levels of precision to fabricate highly performing devices.

In the past, materials scientists have tried to dope amorphous silicon using the metalloid chemical element boron to harvest light from the sun more efficiently. However, so far most of them achieved poor and unreliable results.

“Due to the extremely low effective doping efficiency of trivalent boron in amorphous tetravalent silicon, light harvesting of SHJ devices is limited by their fill factors (FFs), a direct metric of the charge carrier transport,” Wenzhu Liu and his colleagues wrote in their paper. “It is challenging but crucial to developing highly conductive doped a-Si:H with minimal FF losses. We report that light soaking can efficiently boost the dark conductance of boron-doped a-Si;H thin films.”

In their experiments, Liu and his colleagues found that light can induce diffusion and the hopping of weakly bound hydrogen atoms in a-Si:H. This in turn activates boron doping, enhancing the material’s light harvesting capabilities. The effect reported by the researchers is reversible and the team found that the material’s dark conductivity spontaneously decreases over time, once the solar cells are no longer illuminated.

Liu and his colleagues tested the effectiveness of their strategy by using it to boost the efficiency of SHJ solar cells. They then assessed the performance of their solar cells at a standard temperature of 25°C, using a solar light simulator.

Overall, the solar cells they doped using their method exhibited a remarkable certified total-area power conversion efficiency of 25.18% with an FF of 85.42% on a 244.63 cm2 wafer. These results are highly promising and could be further improved in their next studies.

The recent work by this team of researchers could have important implications for the development of SHJ solar cells and silicon-based photovoltaics. In the future, the strategy they proposed could be used to enhance the light harvesting properties of both existing and newly developed solar technologies.