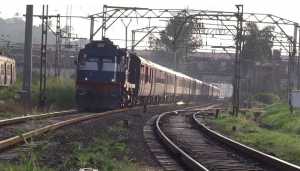 The first non-AC coaches retrofitted with flexible solar photovoltaic panels on its roof to operate fans, lights and mobile charging points were unveiled by Indian Railways on Tuesday.

This effort is seen as an alternative taken by railways for Alternate Fuels (IROAF). The first set of coaches were inaugurated by Ravindra Gupta, member (rolling stock) of the railway board. By fitting solar panels, the railways can save Rs 3 crore over the 25-year life of the coaches apart from massive carbon dioxide reduction.

According to an official statement, solar energy can also be harnessed in mainline coaches of passenger trains in case the alternators are unable to charge the batteries due to slow running.

India to have Five of the Ten Biggest Solar Plants in...