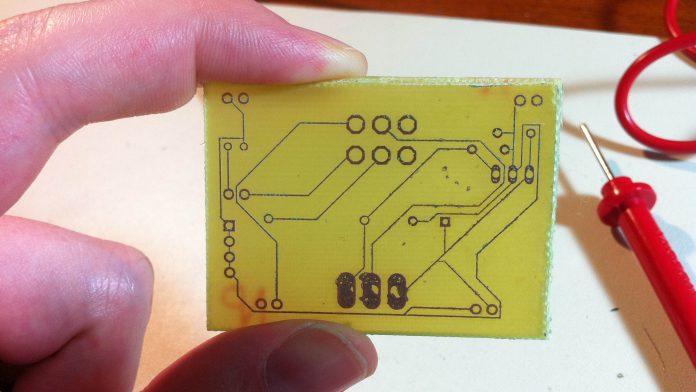 The researchers claim that their work represents the first demonstration of digital etch on the antimonide material system. Unfortunately, normal digital etch techniques are not suitable for antimonides since water constitutes an etchant in this material system, destroying the tight control needed for devices with small feature sizes.

Digital etch is seen as similar to atomic layer deposition (ALD), but in reverse. The technique consists of two self-limiting steps, giving fine control: 1, oxidation; and, 2. oxide removal. The oxidation step used by MIT was achieved through self-limiting oxygen plasma exposure in a barrel asher for 3 minutes. Removal was carried out by one of three wet techniques: 1. sulfuric acid in deionized (DI) water; 2. sulfuric acid (H2SO4) in methanol; or, 3. hydrochloric acid (HCl) in isopropanol (IPA). For antimonide semiconductors only the HCl:IPA removal solution could be used.

The samples were prepared for digital etch by native oxide removal. For the arsenide sample, this was achieved by buffered oxide etch, which also removed the HSQ. Native oxide was removed from the antimonide layers by HCl:IPA solution, leaving the HSQ in place.

An antimonide VNW was reduced from 100nm to 92nm diameter by exposure to DI water, showing its etching effect. The resulting surface was rough in the AlGaSb region. A similar effect was seen in antimonide fin structures. “Therefore, water-based DE is not viable for antimonides,” the researchers conclude.

The HCl:IPA digital etch on antimonide structures resulted in smoother sidewalls without excessive etching or surface damage. MIT estimates the etch rate of antimonide NWs to be 1.0nm/cycle.

H2SO4:methanol digital etch allowed NWs of 6nm diameter to be reached with 90% yield, while HCl:IPA gave only 5%. According to the researchers: “This is likely due to the smaller viscosity of methanol (0.54cP) than that of IPA (2.0cP). These results indicate that NW breakage happens during the oxide etch process as well as while rinsing.”

The team adds: “It should be noted that 7 DE cycles is a harsh process that is typically unnecessary in actual device fabrication. In a shortened process, higher mechanical yields at smaller diameters should be possible.”

Previous digital etch work on arsenide VNWs has been limited to 11-15nm diameters, according to the researchers.

To test the electronic effectiveness of the 5-cycle H2SO4:methanol digital etch, the MIT team produced InGaAs VNW transistors (Figure 1). The gate stack consisted of 2nm aluminium oxide (1nm equivalent oxide thickness) and tungsten electrode. The ohmic source-drain contacts were molybdenum. The NW diameters were in the range 20-40nm. The channel was 80nm long.

The linear subthreshold swing of 40nm-diameter devices in an array of 100 NWs was 78mV/decade. A single NW transistor achieved a minimum of 70mV/decade. A 20nm-diameter NW transistor had a slightly higher swing of 74mV/decade with 0.5V drain bias. The researchers used the subthreshold characteristics to extract an estimate of the interface trap density at 3.9×1012/eV-cm2.

The team points out that the subthreshold swing remains below 80mV/decade over two orders of magnitude in drain current, adding: “This is one of the best linear subthreshold swings reported in InGaAs VNW-MOSFETs.”

The new KiCad symbol and footprint library with a 1.0 status

‘Renewable Company of the Year’ at MEED Awards 2019