Miniaturizing the Soft Robotic Actuator to One Centimeter 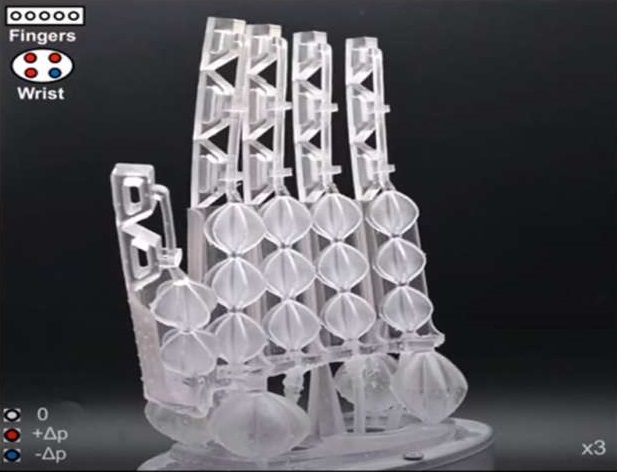 A team of researchers at Istituto Italiano di Tecnologia’s Bioinspired Soft Robotics Laboratory has developed a new pleat-based soft robotic actuator that can be used in a variety of sizes, down to just 1 centimeter. The group describes the technology behind their new actuator and how well it worked when they tested it under varied circumstances.

Engineers working on soft robotic projects have often found themselves constrained by standard pneumatic artificial muscle actuators, which tend to only work well at a given size due to a large number of complex parts. In this new effort, the researchers have added a new feature to such actuators that require fewer parts, resulting in a smaller actuator.

Pneumatic artificial muscle actuators work by pumping air in and out of small balloon-like sacs, simulating muscle activity. Not only do they expand and contract, but they are also bendable because they are made using resins. When used in conjunction with other parts, such as hands, the artificial muscles allow for gripping and twisting. To reduce the number of complex parts, the researchers adjusted the sacs by adding pleats. This reduces the size of the sacs as air is withdrawn without having to add other parts, making them useful in much smaller devices. The researchers also used a resin that was more flexible than those typically used in such work.

The researchers 3D printed their actuators, which allowed a wide variety of sizes. They have named the results GeometRy-based Actuators that Contract and Elongate (GRACE).

They tested GRACE in different circumstances, based mostly on size. They built one actuator, for example, that was just 1 cm across and another one that weighed just 8 grams, added it to a grasper and found it capable of lifting up to 8 kilograms. They also built a robot hand-sized to approximate a human hand using 18 different-sized actuators. Testing showed it capable of bending its fingers, rotating at the wrist, and twisting at its palm.