Micro Batteries : Solution for the Ever Shrinking Electronic Circuit 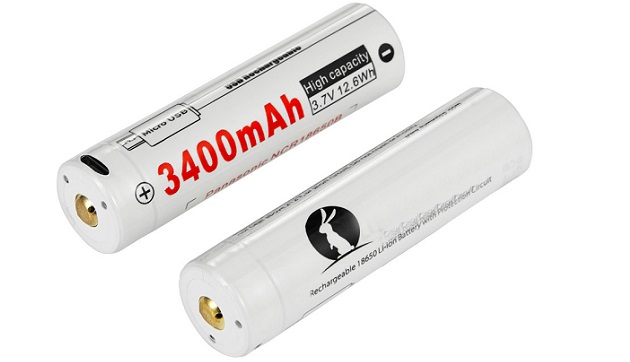 With currently available power sources, users have had to choose between power and energy. For applications that need a lot of power, like broadcasting a radio signal over a long distance, capacitors can release energy very quickly but can only store a small amount. For applications that need a lot of energy, like playing a radio for a long time, fuel cells and batteries can hold a lot of energy but release it or recharge slowly. Micro batteries have emerged as the possible solution to the ever-shrinking electronic circuit.

Do batteries have to enormous and huge and hard to carry so that they can deliver the highest performance and efficiency? If you thought that a high-performance battery to be able to deliver to high-demand applications has to be big then you couldn’t be further away from the truth. The entire electronics world has been working towards making the smallest of components that can deliver the same output regardless of their size. Unfortunately, while we have successfully miniaturized most electronic components, the battery has lagged far behind.

Take a look at all the batteries around you. Take your power-backup for instance. The batteries that are used there are gigantic and are poles apart from the concept of miniaturization. Your car battery is another great example. However, recent breakthrough in the battery technology has made it possible for us to shrink batteries to the tune of some microns. Enter micro batteries.

These batteries are among the most powerful batteries on the planet and are only a few millimeters in size, yet they pack such a punch that a driver could use a cell phone powered by these batteries to jump-start a dead car battery – and then recharge the phone in the blink of an eye.

Take the batteries in a Tesla car for example. Those batteries are made for a robust application and as a result, they end up being big and bulky. Since those batteries are so heavy, they end up increasing the overall weight of the vehicle. And weight, is not a good thing when you want to get the most mileage out of your car. As development in micro batteries keeps shaping up, we could end up having a battery as small as the buttons on your shirt. Imagine how much the efficiency of the vehicle could be increased as a result.

However, manufacturing miniaturized batteries, especially, for high-performance applications is easier said than done. Current manufacturing processes, workforce, and an overall lag in the technology has made it hard to manufacture micro batteries. Take India as a case study. We are yet to find a lithium resource here that could give us access to a lot of cheap lithium. To counter that, we have to import most of the raw material from countries like Argentina and Bolivia. That adds an unnecessary yet inescapable cost to the production of these sophisticated batteries. Then, there is the bigger problem of having the manufacturing technology and a workforce that has the vocational skill to master these technologies. As a result, most of the things have to be imported and only the assembly is done in India. This neither gives us access to the manufacturing technology nor does it help in providing hand-on training to our workforce.

Efficient and operative manufacture of EV batteries must start with stout design for manufacture (DFM). This requires thorough understanding of both the end application (what is the projected drive cycle of the automobile and what power/energy involvements will be required) and cell chemistry, in order to determine which cell will be most appropriate for that application. Cells for EVs can be a variety of different form factors (prismatic, cylindrical and pouch cell) and different chemistries (including lithium-iron phosphate, lithium NCM, lithium titanate).

In addition, an effective battery management system (BMS) is crucial.  This is the control system that monitors the state of a battery, measuring and controlling key operational parameters, and thus ensuring safety. It must be configured specifically for the chosen cell chemistry. But choosing the best cell and integrating the BMS effectively is not sufficient; mechanical engineering is also an important part of the process, ensuring that the battery is effectively packaged within the vehicle (usually with tight space constraints) and that it can safely survive the vibration regime to which vehicles are subject. Thermal management of the cells (heating/cooling) may also be required, which can introduce further challenges, e.g. the use of liquid coolants.  All these add to the complexity of design of EV batteries.

All the above activity needs to consider manufacturability and in our view this is where there is currently a deficit.

These rapidly-evolving procedures and the increasing demands for newer materials also place strains on the supply chain. Understanding customer needs and the drivers for different performance requirements of different applications is critical to sourcing materials and reducing lead times, particularly for prototype and development work.

Industry knowledge is required to know which suppliers have the capability and expertise to work through prototyping and development (bearing in mind that these suppliers may not be suitable for volume manufacturing), and this may drive us to look outside the traditional automotive supply chains. In itself, this is a speciality process that includes outsourcing to some key partners and developing strategic partnerships with others on key processes.

The current stage of the industry, with many OEMs working on prototypes, also requires flexibility of battery manufacture, in particular the ability to produce prototypes or small volume runs. This flexibility can accommodate build-to-print, though our experience is that currently in the EV battery industry true build-to-print doesn’t yet exist, as generally the processes and procedures to be transferred have either not been established or refined. As was noted previously, when designs go into manufacture for the first time, not all aspects of safety, reliability and design for manufacture may have been addressed, and therefore input from experienced manufacturers can add significant value by improving processes and reducing time and cost.

While we have established that there are some key problems that face the battery industry, in the world of technology, we should really never say never.

With currently available power sources, users have had to choose between power and energy. For applications that need a lot of power, like broadcasting a radio signal over a long distance, capacitors can release energy very quickly but can only store a small amount. For applications that need a lot of energy, like playing a radio for a long time, fuel cells and batteries can hold a lot of energy but release it or recharge slowly.

Micro batteries offer both power and energy, and by tweaking the structure a bit, the researchers can tune them over a wide range on the power-versus-energy scale.

The batteries owe their high performance to their internal three-dimensional micro structure. Batteries have two key components: the anode (minus side) and cathode (plus side). Building on a novel fast-charging cathode design by materials science and engineering professor Paul Braun’s group, King and Pikul developed a matching anode and then developed a new way to integrate the two components at the micro scale to make a complete battery with superior performance.

With so much power, the batteries could enable sensors or radio signals that broadcast 30 times farther, or devices 30 times smaller. The batteries are rechargeable and can charge 1,000 times faster than competing technologies – imagine juicing up a credit-card-thin phone in less than a second. In addition to consumer electronics, medical devices, lasers, sensors and other applications could see leaps forward in technology with such power sources available.

They also have remarkable high-temperature performance of up to 1,000 charge cycles at 100 degrees Celsius.

In the era of connected devices, intelligent connected micro sensors require miniature embedded energy sources with great energy density. For ultra-thin—or planar—micro batteries, increased energy density means using thicker layers of materials, which has obvious limitations. A second method consists in machining a silicon wafer and producing an original 3D structure made of simple or double micro tubes. 3D batteries keep their 1mm2 footprint area, but develop a specific area of 50 mm2—an enhancement factor of 50! These robust micro tubes are large enough (of the order of the micron) to be coated with multiple layers of functional materials.

The main technological challenge consisted precisely in depositing the different materials that make up the rechargeable battery in thin and regular layers on these complex 3D structures. Using the cutting edge technology of Atomic Layer Deposition (ALD), the materials perfectly took on the 3D shape of the template without blocking the tube structures. In this way the researchers created an insulating thin film, a current collector, a negative electrode, and a solid electrolyte. The various analyses and characterizations (synchrotron X-ray nano tomography and transmission electron microscopy4) show that the successive layers are of excellent quality, showing conformality of nearly 100 per cent. The interfaces are clean (no inter diffusion between the different chemical elements), with no pinholes, cracks, or fissures detected.

Future Batteries will Charge in Seconds, Last for Months and Power over the Air

Nano wires, a thousand times thinner than a human hair, pose a great possibility for future batteries. But they’ve always broken down when recharging. This discovery uses gold nano wires in a gel electrolyte to avoid that. In fact these batteries were tested recharging over 200,000 times in three months and showed no degradation at all.

Graphene batteries have the potential to be one of the most superior available. Grabat has developed graphene batteries that could offer electric cars a driving range of up to 500 miles on a charge.

Graphenano, the company behind the development, says the batteries can be charged to full in just a few minutes and can charge and discharge 33 times faster than lithium ion. Discharge is also crucial for things like cars that want vast amounts of power in order to pull away quickly.

Solid state batteries traditionally offer stability but at the cost of electrolyte transmissions. A paper published by Toyota scientists writes about their tests of a solid state battery which uses sulfide supersonic conductors. All this means a superior battery.

The result is a battery that can operate at super capacitor levels to completely charge or discharge in just seven minutes – making it ideal for cars. Since it is solid state that also means it’s far more stable and safer than current batteries. The solid-state unit should also be able to work in as low as minus 30 degrees Celsius and up to one hundred.