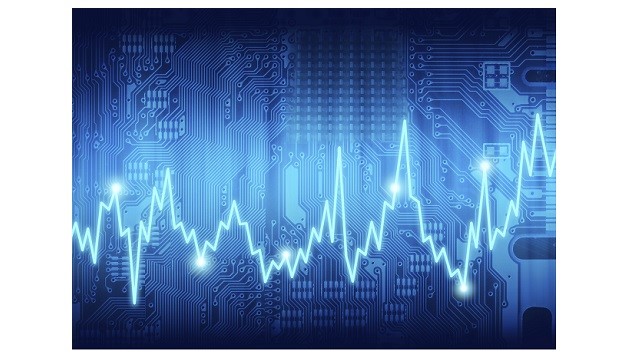 A group of researchers from Japan’s National Institute of Materials Science at the University of Tsukuba and LG Japan Lab Inc. explored enhancing the magnetoresistance ratio in a current-perpendicular-to-plane giant magnetoresistance (CPP-GMR) device by using a half-metallic Heusler CoFeAl0.5Si0.5 (CFAS) alloy. The alloy has 100 percent spin-polarized conduction electrons, which enables very high spin-asymmetry of electron scattering and results in a large magnetoresistance ratio.

“We were able to demonstrate further enhancement of the magnetoresistance ratio by making multilayer stacks of CFAS and silver (Ag),” said Yuya Sakuraba, leader of the Magnet Materials Group at NIMS. “By precisely controlling the interfacial roughness of the multilayers, we obtained antiparallel interlayer exchange coupling between each of the CFAS layers, up to six, and achieved not only a high magnetoresistance ratio but also high linearity of resistance change against the magnetic field.”

The researchers fabricated a fully expitaxial device on a single crystalline magnesium oxide (MgO) substrate. If a similar property can be obtained in a polycrystalline device, it may become a candidate for a new magnetic field sensor with a greater sensitivity than a conventional Hall sensor or tunnel magnetoresistance sensor.