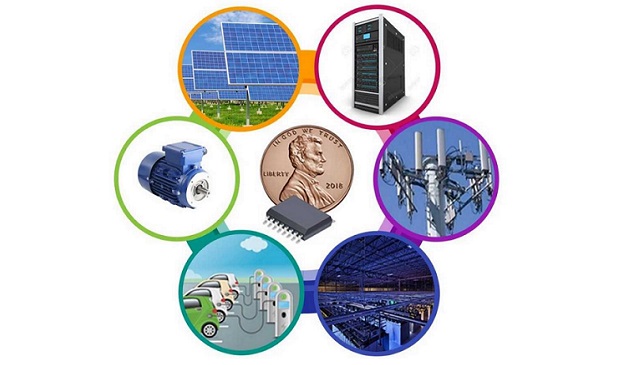 Power supply circuits are literally everywhere. From the ubiquitous power bricks that recharge our phones to kilowatt server supplies in data centers, every modern electrified gadget has a switched-mode power supply circuit. Who wants to carry around a heavy laptop brick? What data center does not want to drive energy cost down while at the same time increasing compute capacity? These are just a few of the challenges facing today’s power supply designer.

Size, cost, and efficiency are the three parameters universally desired in power supply design. Power supply designers have invented ever more sophisticated topologies to optimize these parameters. Long gone are the days of a simple three-terminal linear voltage regulator like the classic LM7805.

Now topologies as complex as resonant LCC converters which use digital processing techniques to frequency-modulate the switching frequency above 1MHz are commonplace. In addition, regulations requiring power-factor correction as well as the increasing demand for high-voltage, high-current power supplies have led to a near revolution in sophisticated design techniques. At the heart of many of these new power architectures is the need for an accurate isolated high bandwidth (1MHz+) current sensor.

The current sensor has several roles, and it is often used to dynamically control the switching frequency to minimizes losses across the switching transistors. This technique is known as zero-current and zero-voltage switching or abbreviated ZCS/ZVS. The idea is that any current or voltage across a switching transistor during the switch phase is just wasted energy. Accurate and fast current measurement is the key to reducing that loss.

Instead of spending hours tweaking and isolating a sense-resistor or concocting a custom current transformer, a designer simply drops in the ACEINNA AMR-based current sensor. These devices feature UL certification with 4.8kV of input to output isolation, so they conform to safety standards that help prevent electrocution and other electrical hazards inherent in high-power design.

The ACEINNA AMR-based current sensor is comprised of a special NiFe thin film that exhibits a very high-sensitivity and high-bandwidth response to magnetic fields. AMR has inherently high bandwidth and low-noise. In other applications, AMR sensors are used for measuring Earth’s magnetic field and even nano-Gauss level magnetic anomaly detection. The Bio-Savart law dictates that a current flowing thru a conductor, in this case the sensors cleverly designed leadframe, will produce a magnetic field. Combining the two physics principles, an AMR material makes a very sensitive and high-bandwidth current sensor.

In the ACEINNA family of current sensors, this high-sensitivity is combined with special circuitry and packaging techniques to minimize drift. 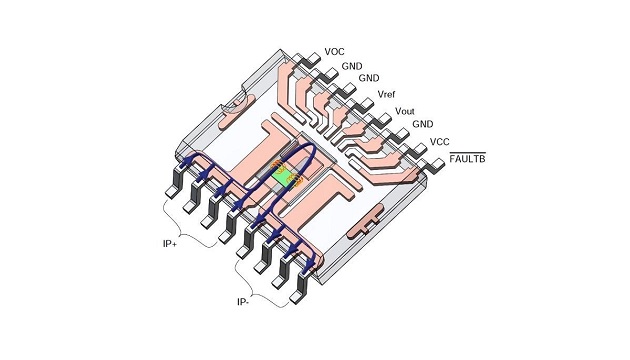 In addition the combination of a symmetric sensor design, and the natural in-plane sensitive-axis of the AMR film offers exceptional stray field rejection. The design features a micro-ohm low-loss lead frame as the sensor primary, and a simple calibrated analog output for readout.