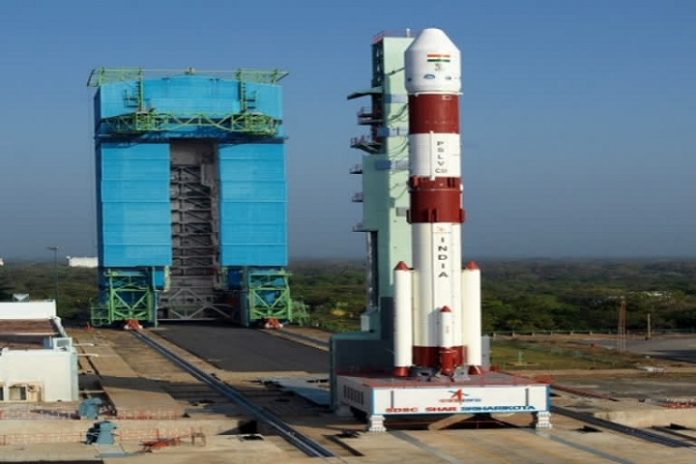 The Indian Space Research Organisation (ISRO) is all set to add another feather in its cap, as it gets ready to launch a new-generation compact rocket on its maiden orbital test flight.

As per sources, SSLV-D1 is targeted to be launched towards the end of March or early April. However, there is no official confirmation on the date so far.

“We are flying an earth observation satellite (EOS-02) onboard the first development flight of SSLV,” ISRO Chairman and Secretary in the Department of Space, K Sivan said.

Why have an SSLV?
Reports suggest that SSLV has been designed to meet “launch on-demand” requirements in a cost-effective manner for small satellites in a dedicated and rideshare mode.

SSLV is a three-stage all solid vehicle and has the capability to launch up to 500 kg satellite mass into 500 km Low Earth Orbit (LEO) and 300 kg to Sun Synchronous Orbit (SSO).

Apart from the capability to launch up to 500kg of satellite mass, the SSLV will have the option of multiple satellite mounting options for nano, micro and small satellites.

In the past, ISRO Chief Sivan had said SSLV would be an innovative vehicle that can be assembled in just 72 hours.

Rising global demand
Meanwhile, Chairman and Managing Director of ISRO’s commercial arm, NewSpace India Limited (NSIL), G Narayanan said, “World over there is a big boom for small launch vehicles and that’s why we are focusing on that”.

“As soon as SSLV-D1flight is over successfully, further roadmap (for SSLV) will be charted out”, Narayanan said.

In fact, Seattle, US-based satellite rideshare and mission management provider, Spaceflight Inc., has already purchased the first commercial launch of the SSLV (SSLV-D2) from NSIL for launch from the Satish Dhawan Space Centre in Sriharikota.