Home News India News Is India in the hands of Solar Power? 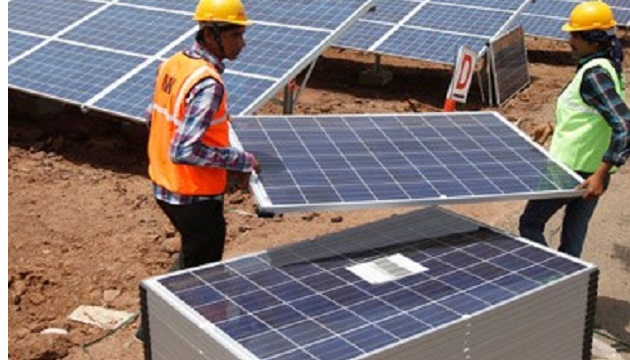 India is energy-hungry, but electricity supply is still sporadic. The struggle to light India’s homes and power its industries has been on for years now. And even though successive governments have been setting up new power plants year after year, the situation remains largely unchanged. The problem has worsened over the years in fact, with the gap between electricity demand and supply going up to 10.2 percent, up from 7.7 percent a year ago, due to lack of fuel to run those power plants.

Improper management and environmental concern have made it difficult for the country to dig up enough fuel to keep up with its growing need for power. India largely uses coal to fuel its power plants, but the problem lies with the fact that eighty percent of India’s coal production is managed by government-controlled Coal India, hampered by industry problems of weak policies.

India’s coal mess makes solar power attractive and an obvious choice. Besides that, India is a country with plenty of sun and flat, idle land that can be ideal for setting up solar power plants.

The Government has already approved plans for 54 cities to be developed as solar-powered cities and sanctions have already been granted to 39 such cities. Gujarat, a hot bed of solar power development over the past year, recently celebrated the commissioning of 600 MW of solar energy projects over a year. The state also built the world’s first canal-top project on the Narmada canal that may soon become a path-breaking prototype in solving the power and water crisis that India is currently facing.

Even though India doesn’t generate even a 1,000MW of solar power at present, the government is aiming for a 20 fold increase in production over the next 10 years. The biggest hurdle, however, is with the funding for solar projects in the near term. Commercial banks aren’t very sure of the return scenario such projects can generate, because of lack of reliable data, high tariffs and sick state utilities.

Also, solar power is likely to face the same infrastructural and political problems that coal is facing if is handled by the government.

Solar is the future of India and can be the magical formula we need to solve our power crisis. But one can’t help but hope that it doesn’t face the same fate as coal.

NIDays Invites Engineers and Scientists to NIDays Conference and Exhibition