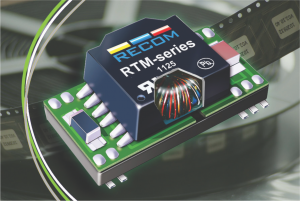 The circuitry of DC/DC converters is not exactly complex, and the internet is full of design proposals and ideas. Companies are therefore often tempted to ask their in-house developers to build the necessary DC/DC converters themselves. In theory, this should lead to considerable cost savings. In practice, things are not as simple, as this article on the intricacies of analog circuit technology demonstrates.

Electrical devices are normally powered through modular power supplies or batteries. Normally, however, these solutions provide only one direct current voltage, so that there is a need for DC/DC converters on the printed circuit board to power the various components. The 5V power supplied by the source is, for instance, converted on the spot to 3.3V for the processor, or to ±12V for the operational amplifiers. DC/DC converters, however, perform a number of additional tasks, such as isolating assemblies. This might be necessary for safety reasons, as is the case in measuring probes used in medical applications. Sometimes, isolation is required for purely technical reasons, for instance for the galvanic isolation of amplifier channels. It therefore comes as no surprise that virtually all printed circuit boards are equipped with numerous DC/DC converters.

There are two main reasons why device manufacturers are hesitant to opt for “off-the-shelf” DC/DC converters, which is common practice for AC/DC power supplies. On the one hand, DC/DC converters operate at much lower input voltages, and therefore appear more manageable. On the other hand, they are installed directly on the printed circuit board and manufacturers therefore wish to mount them in an automated process together with the other components.
DC/DC converters essentially convert the incoming direct current into a square wave signal of several hundred Hertz, which is then transferred through a small toroidal transformer and subsequently rectified and smoothed. There are numerous free software products available that purport making dimensioning easy. However, analogue technology is a bit more complicated than it might appear at first sight, as it deals with switching transistors, charging capacitors, transformers, inductors and rectifiers that need to be carefully positioned to each other. The length of each conducting track, its distance to other such tracks, to the ground and to the individual components must be carefully considered to minimise parasitic capacitance and inductance. None of the readily available circuit diagrams provides this information. Transformers are tricky devices, as their performance is determined primarily by the quality of the ferrite in the core and the hysteresis curve section at which it is operated. If run near its saturation point, the ferrite becomes hot, losing its magnetic capacity. The fact that most characteristics are only available for sine waves, while the transformer is actually operated with a square wave signal, must also be taken into account. There are a number of alternative circuit topologies that address these issues, but they cannot be discussed here in detail.*

The general principles of analogue technology have been known since the 1950s, but a lot of this knowledge has been lost as digitisation and “Industry 4.0” became the buzzwords. Even where engineers with a solid knowledge of analogue technology are at work, they might be struggling to find an optimised design that meets the latest standards. Leading manufacturers such as RECOM estimate that around 75 to 80 percent of the development time needs to be spent on design optimisation. For companies that are not specialising in this technology and still wish to design their own converters, this approach would be ruinous.

When considering the efficiency of DC/DC converters, technicians first of all think about electrical efficiency. With 1W converters, it is around 85 percent, provided that they are operated at full load. Specialist manufacturers, however, spend a lot of time and effort on achieving equally impressive values at the often more important medium load range. This is normally done by optimising the design, which is a task that few non-specialist companies have mastered so far.

Let’s have a look at a practical example: A cascade of twelve discretely designed 2W converters is operated at an average load of 75 percent. As the efficiency at this point is only 69 percent, 26W are to be provided at the input to obtain 18W at the output. If this cascade is replaced by R2S converters from RECOM, the efficiency jumps to 84 percent under the same operating conditions. While, at first glance, this might not be a huge difference, the power loss along the cascade is nevertheless reduced by nearly 60 percent from 8 to 3.4W! Apart from the obvious advantage of lower power consumption, this brings additional advantages as regards the overall design lifetime as the temperature inside the housing is significantly reduced.

At this point, we might have a look at efficiency in a broader context, focussing initially on power density and module size. The packing density of resin-moulded modules is generally much higher that what can be achieved with units that are directly mounted on the printed circuit board. Modular converters therefore often only need half the space taken up by a discrete assembly, which is a major advantage as space tends to be very limited on circuit boards.

Does certification have anything to do with efficiency? In a strictly technical sense, the answer is no. From a commercial point of view, certification, however, is crucial as the use of certified converters speeds up the certification process for the end product. This applies especially in cases where the supplier is able to submit relevant test reports such as the CB reports and the UL test results in advance. To avoid nasty surprises, these documents should be requested as early as possible. As a leading manufacturer in the field, RECOM is going one step further offering its customers the option to have their product tested at its in-house EMC lab prior to submission for certification.

Is there a quantity threshold beyond which modular converters are no longer a commercially viable option?
There is no simple answer to this question as each case must be evaluated individually. Taking into account the costs for development, materials and production, discretely manufactured converters are around half as expensive as fully assembled modules.

Let’s look at a concrete example: Over five years, 15,000 units of a diagnostic device are to be sold at a price of CHF 3,000. The printed circuit board is equipped with three different converters that can be bought as fully certified units for a combined price of CHF 8.00. The actual material and production costs for these converters is CHF 4.00. In other words, the manufacturer could potentially save around CHF 60,000. What has not yet been taken into account are, however, the unavoidable costs for development and testing, in particular the EMC tests. For each converter, we assume that these tasks can be completed within twelve days, plus an additional three days for certification. At labour costs of around CHF 750 per day, and including average expenses for materials and the use of the test lab, the overall savings are now reduced to CHF 20,000 – assuming that everything goes to plan!

In reality, manufacturers must be prepared for some hiccups, especially with regard to the complex topic of EMC. It is therefore only prudent to include at least one redesign per converter, which translates to six additional working days plus waiting time for lab testing. At this point, the savings are reduced to a few thousand Swiss francs, while the launch of the diagnostic device is already delayed by about eight weeks!

Such delays must obviously also be taken into account as they tend to come at a price! If the product has a long service life and the manufacturer is well ahead of the competition, a delay of a few months might not be detrimental. Companies who must make up for lost terrain with an attractive new product, will, however, face an uphill battle. In our example, a delay of eight weeks corresponds to around three percent of the calculated service life. Based on a linear calculation, we are looking at a loss of revenue of just below CHF 1.5 million!

At this point, it becomes obvious that, for high-volume items, running the risk of a delayed market launch is not worth the potential savings that can be made with discretely manufactured converters. In all this, we also have to consider that the power supply is normally the very last component tackled in the design process. For their new products, companies are thus well advised to carefully evaluate whether they want to face the risks associated with the internal development and production of DC/DC converters.

Manufacturers opting for ready-made DC/DC converters from specialist suppliers benefit from shorter development times, free up internal resources, and avoid the risk of failing the EMC tests or certification procedures for their end products. Thanks to mass production, the prices of converter modules have also come down over the past few years, so that internally designed converters are hardly ever a viable option today, even for large-volume products. Companies might also face the problem that their young engineers are not fully familiar with analogue technology, which is another good reason to trust the specialist manufacturers of ready-made modules. We predict that, in a few years, purchasing converter modules from
specialist suppliers will be as common as it is now for operational amplifiers and other logics components. Do-it-yourself will just no longer be viable!

*For readers who wish to know more, we recommend the DC/DC Book of Knowledge by Steve Roberts, which can be downloaded from www.recom-power.com 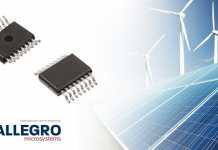 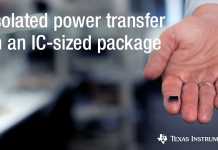