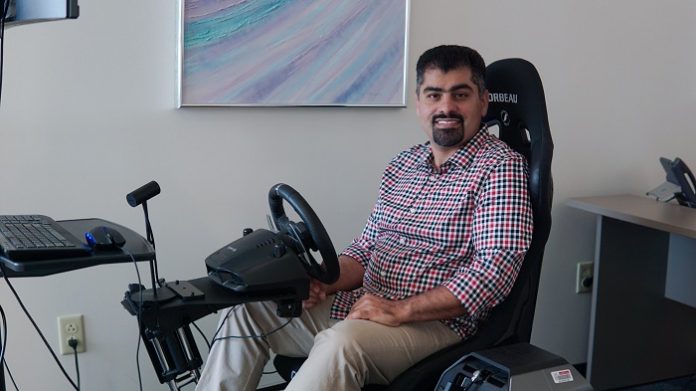 Americans have one of the highest levels of fear in the world when it comes to technology related to robotic systems and self-driving cars. Addressing these concerns is paramount if the technology hopes to move forward.

A researcher has developed a new technology for autonomous systems that is responsive to human emotions based on machine-learned human moods. His solution, “Adaptive Mood Control in Semi or Fully Autonomous Vehicles,” has earned a very competitive utility patent from the United States Patent and Trademark Office for FAU.

Adaptive Mood Control provides a convenient, pleasant, and more importantly, trustworthy experience for humans who interact with autonomous vehicles. The technology can be used in a wide range of autonomous systems, including self-driving cars, autonomous military vehicles, autonomous aeroplanes or helicopters, and even social robots.

“The uniqueness of this invention is that the operational modes and parameters related to perceived emotion are exchanged with adjacent vehicles for achieving objectives of the adaptive mood control module in the semi or fully autonomous vehicle in a cooperative driving context. Human-AI/autonomy interaction is at the centre of attention by academia and industries. More specifically, trust between humans and AI/autonomous technologies plays a critical role in this domain, because it will directly affect the social acceptability of these modern technologies.

The patent, titled “Adaptive Mood Control in Semi or Fully Autonomous Vehicles,” uses non-intrusive sensory solutions in semi or fully autonomous vehicles to perceive the mood of the drivers and passengers. Information is collected based on facial expressions, sensors within the handles/seats and thermal cameras among other monitoring devices. Additionally, the adaptive mood control system contains real-time machine-learning mechanisms that can continue to learn the driver’s and passengers’ moods over time. The results are then sent to the autonomous vehicle’s software system allowing the vehicle to respond to perceived emotions by choosing an appropriate mode of operations such as normal, cautious or alert driving mode.

One of the major issues with the technology of fully or semi-autonomous vehicles is that they may not be able to accurately predict the behaviour of other self-driving and human-driving vehicles. This prediction is essential to properly navigate autonomous vehicles on roads.