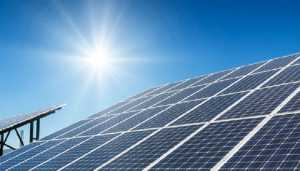 The Ministry of New and Renewable Energy (MNRE), the governing body for renewable energy development in India, has said that solar cells used in panels will be deemed as domestically manufactured only if they are made in India with undiffused silicon wafers or black wafers.

The MNRE said it had taken this decision to safeguard domestic manufacturers and to boost the local upstream solar manufacturing sector.

To qualify for benefits under a number of MNRE schemes – such as Kisan Urja Suraksha Evam Utthan Mahaabhiyan (KUSUM) – manufacturers must demonstrate they have used domestically manufactured solar PV cells.

However, the MNRE said manufacturers who use imported semi-processed solar PV cells (blue wafers) in their units, will not qualify under the scheme because too little local value-adding is involved.

The KUSUM scheme targets 10 GW of ground-mounted solar projects with a clause on the use of indigenous solar cells and modules.

The decision to rely on domestically produced goods is intended to reduce the country’s reliance on imported modules while helping to encourage a domestic manufacturing ecosystem to flourish. The government wants to boost upstream manufacturing where currently there are limited polysilicon, wafer and cell production facilities to support domestic requirements.

For the last couple of years, India has announced measures to promote the domestic solar manufacturing industry. Earlier in the year, the country imposed an anti-dumping duty of up to $1,559 per tonne on imports of ethylene-vinyl acetate (EVA) sheet used in solar cells from China, Malaysia, Saudi Arabia and Thailand. The duty will be imposed for five years. The EVA sheets are used for encapsulation of solar PV cells performing adhesion and cushioning functions. This is one of the essential components which keep the glass, cell, and back sheet integrated and support the module mechanically during its service life.

In 2018, the Ministry of Finance through Directorate General of Trade Remedies (DGTR) imposed the safeguard duty (SGD) on solar cells and modules imported from China and Malaysia for two years. The ministry mandated an SGD of 25% for the first year, followed by 20% duty on such imports for the first six months of the second year and 15% for the remaining half of the second year. Safeguard duty is a temporary relief provided when imports of a product increase unexpectedly and threaten the existence of domestic players of similar products.

The imports of components used in the solar industry have increased substantially since the launch of the government’s ambitious Jawaharlal Nehru National Solar Mission. The Mission had set a target of deploying 20,000 MW of grid-connected solar power by 2022. In 2015, India committed to the Paris Agreement by consenting to a reduction of CO2 emissions by 33-35% from 2005 levels. In line with this commitment, the government revised its target for Grid Connected Solar Power Projects from 20,000 MW to 100,000 MW by the year 2021-22.

This commitment had the effect of increasing the demand for solar power projects in India which led to a huge demand for solar cells and modules within a short period of time thereby fuelling the surge in imports.

According to GlobalData, India had cumulative solar PV installations of 7,076 MW at the end of 2015. Following the revised target the industry saw a significant increase in installations with cumulative capacity reaching 29,696 MW by the end of 2018 mainly on account of a spurt in the imports. Many countries have started supplying solar components to tap the growing solar power sector in India, but this has had the effect of eroding the profit margins of local suppliers.

GlobalData estimates that India’s cumulative solar PV capacity will reach 75 GW by 2022, mostly driven by solar auctions. The country has witnessed strong demand for solar PV installations due to record low tariffs which are expected to continue. However, the indigenous upstream manufacturing sector is still struggling, with most installations still being supported by imports of solar components, which explains the current intervention by the government.

Acme solar mulls putting 650 MW of capacity up for sale