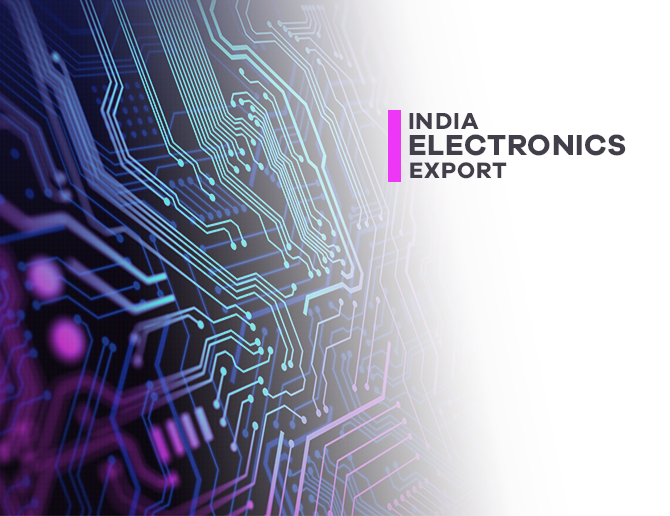 India’s exports of electronics goods have not only recovered to pre-Covid levels but also touched an all-time high of Rs 8,806 crore. Of this, mobile phones remained the top contributor with exports worth Rs 3,061 crore – or roughly 35% of total electronics exports – which is still to reach pre-Covid levels which were as high as Rs 3,254 crore.

Besides smartphones, electronics goods comprise computers/laptops, electric inverters, transformers, battery chargers, scanners, printers, speakers, TVs, base stations, and microprocessors contribute to the list. The National Policy on Electronics 2019 envisages the total production of electronics in India to the tune of $400 billion by 2025. Close to $190 billion, or 48% of this is expected to come from mobile phones as per official figures.

Exports play a major role in the economic development of any country. Higher exports draw more foreign remittances, create more jobs and lower the current account deficit; hence, improve the overall economic growth of the country. India is still a developing country and ranked 19th on the list of the top exporting countries worldwide in 2020. India’s merchandise exports in January 2021 were USD 27.24 billion as compared to USD 25.85 billion in January 2020, an increase of 5.37%. Exports during April-January 2020-21 were USD 228.04 billion, as compared to USD 264.13 billion during the same period last year, exhibiting a negative growth of 13.66%.

Rebate of Duties and Taxes on Exported Products (RoDTEP Scheme)

The RoDTEP scheme will replace the old MEIS (Under the MEIS, an incentive of 2-5% of the ‘Free on Board’ (FOB) value of exports is provided to all exporters, irrespective of their annual turnover) in a phased manner from December 2020. The RoDTEP scheme aims to refund all hidden taxes, which were earlier not refunded under any export incentive scheme, such as the central and state taxes on the fuel used for transportation of export products, duties levied on electricity used for manufacturing, mandi tax levied by APMCs, toll tax & stamp duty on the import-export documentation and others.

The RoDTEP scheme had kicked in from January 1, after the earlier Merchandise and Services Export Incentive Schemes (MEIS and SEIS (The objective of ‘Service Exports from India Scheme’ (SEIS) is to motivate traders who export notified services)) were scrapped as they were found to be impermissible under the World Trade Organization norms.

A budgetary allocation of ₹12,454 crore has been made for 2021-22 under the scheme which covers 8,555 tariff lines, accounting for roughly 75% of traded items 65% of India’s exports. To enable zero rating of exports by ensuring domestic taxes are not exported, all taxes, including those levied by States and even Gram Panchayats, will be refunded under the scheme.

On November 20, 2020, the cabinet approved a production-linked incentive (PLI) scheme for 10 high-potential sectors, including auto, battery cell, pharma, telecom networking, food and textiles. This scheme, estimated to provide benefits worth Rs 1.46 lakh crore (US$ 19.72 billion) over a five-year period, will set the bar high for businesses to avail these incentives. The initiative re-establishes the government’s ‘Make in India’ goal and clears a long-standing MSME bias.

In September 2020, the government announced plans to revamp the ‘Services Export from India Scheme’ (SEIS), which caters to the services sector, which has been hit the hardest by the pandemic. The proposed revamp widens the scheme to cover more sectors. At present, this scheme covers nine broad sectors and offers duty credit scrips, which enable the holder to import all goods that are freely importable without payment of basic customs duty.

With the global supply chain for electronic goods witnessing a restructuring as companies look to reduce dependence on China, India’s domestic electronic goods industry is staring at a potential windfall. The Electronics and Computer Software Export Promotion Council (ESC) suggests electronics exports from India may potentially hit $180 billion by 2025 from just $11.28 billion in 2019-20. While The National Policy on Electronics 2019 envisages total production of electronics in India to the tune of $400 billion by 2025. Close to $190 billion, or 48% of this is expected to come from mobile phones as per official figures. Further, the industry is estimating that 13% of this target production can be achieved from laptops, tablets or PCs and another 22% from industrial electronics.

India’s domestic production in the sector at $70 billion accounts for just 3.3 percent of the global electronics market estimated at $2.1 trillion giving it a significant headroom for growth. The domestic industry however suffers from disabilities like higher taxation, cost of finance, and power which make it uncompetitive against China, Taiwan, Korea, Vietnam or Japan. While talking of overall coverage, Exports of Electronic Goods in India averaged 20.80 INR Billion from 1991 until 2021. It reached an all-time high of 102.02 INR Billion in March of 2021.

The good part is that we almost survived the deadliest pandemic in the history of humankind and we are still getting back to our pace and not letting any industry standstill.

Fueled by strong policy support, huge investments by public and private stakeholders, and a spike in demand for electronic products, the ESDM sector in India is predicted to reach US$ 220 billion by 2025, expanding at 16.1% CAGR between 2019 and 2025.