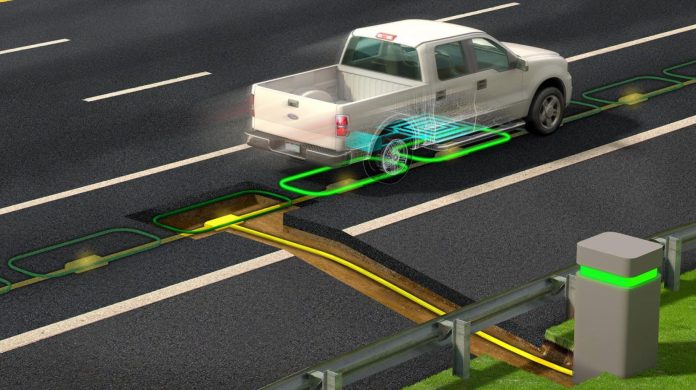 The electric vehicle (EV) industry has experienced remarkable expansion and technical development during the last decade. It is estimated that EVs will comprise, 48%, 42%, and 27% of light-duty vehicle sales in China, Europe, and the United States, respectively, by 2030, according to co-authors H. Oliver Gao, the Howard Simpson Professor of Engineering, and Jie Shi, a former Cornell systems postdoctoral researcher.

“In this work, we develop a coupled transportation–power system framework for incorporation of a wireless charging road system into the real-time electricity market,” said Gao, the director of Cornell’s Systems Engineering Program. “In addition, we propose a Lyapunov optimization-based control strategy to operate the energy storage system in a cost-efficient manner.”

“We designed a Lyapunov optimization-based control strategy to manage the energy flow between the wireless charging roads and the energy storage system in a cost-efficient way,” Gao said. “The proposed framework is composed of three major modules: the hybrid traffic assignment, the extended DCOPF, and the controller.”

“Our control strategy is computationally efficient and requires no forecasts of the system states, making it appealing to practical applications,” Jie said.