Flexible Solar PV Tools for the Next Generation 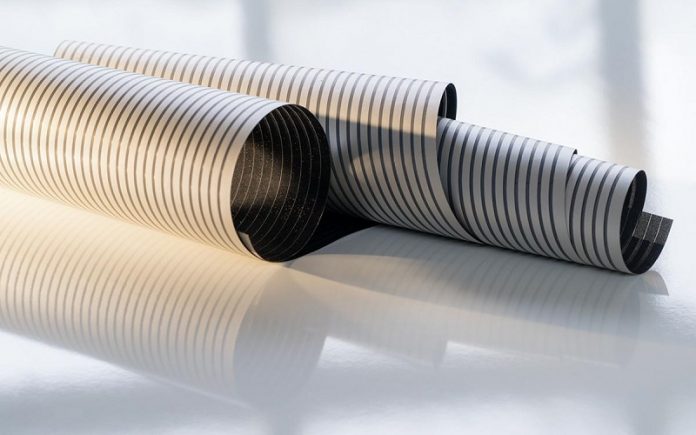 It was only in the middle of the last decade, but it might have been an age ago. Touring the premises of leading production equipment suppliers in Europe, decked out in high-visibility vests and safety equipment, there were multiple production slots of hulking tools in various stages of construction. The reason? Demand for precision and reliable manufacturing equipment from Asian solar cell and module makers were seeing full order books, and European suppliers were scrambling to keep up with demand.

It was good business, high tech, and high value. And as is so often the case, the good times seemed like they would never end. Spool forward to 2020, and the majority of those slots stood empty, and pure-play solar equipment suppliers in Europe were struggling for survival.

“Last year was very challenging in solar, so we’ve been lucky to have a wide product portfolio [additional to solar],” comments Robert Gaiser, the sales director for solar and technical glass for lamination equipment supplier Bürkle. “We used the time for development projects, like on alternative encapsulation foils. Given this work, if there was a repeat this year, I would be doubly disappointed.” Bürkle, located in the Black Forest region in southwestern Germany, supplies production equipment to the woodworking and computer industries, from which there was considerable demand in 2021.

What a difference a year can make. In only the early stages of 2021, Gaiser reports that Bürkle already has one project for new laminators underway and is currently quoting projects in the low-double-digit gigawatt numbers in coming years.

“There is an investment climate for PV manufacturing in Europe at the moment,” says Gaiser. “A lot of projects say they want to go step-by-step, but rapidly scale up to multiple gigawatts [of production capacity] if everything goes well.”

“From 2019 to 2020 we doubled our turnover,” reports the family-owned company’s CEO, Laura Sartore. “And from 2020 to 2021 we expect it to double again. It is being led by Europe. Our volumes were the same with our global customers, but now we have been seeing an increase [in equipment orders], mainly from Germany and France.”

Behind this cycle of investment, report various European equipment suppliers, is a range of factors – both macro and microeconomic in nature. Strong PV demand right across Europe and moves to support “green stimulus” measures appear to be delivering confidence to both established manufacturers and new entrants. The rapid transition to larger wafer and then, necessarily, module sizes also appears to have acted as a catalyst to investment decisions.

“What we are seeing is that not all of the producers are going to M6 [166 mm],” continues Sartore. “Some manufacturers who are currently at M2 are going directly to M10 [182 mm]. It changed extremely quickly, and nobody was expecting such sudden a change.”

For the larger cells, module equipment requires an increase in size too, and in some cases, technology upgrades. Longer and broader equipment, such as laminators and stringers, are required. Alongside this, their adoption is driving increased automation in processes, says Sartore.

“Many producers were forced to go to automated bussing and [cell] interconnection,” Sartore says. “When the module is 2.5 m in length [and 1.4 m wide] it is really a huge size to handle. Operators simply can’t reach the middle of the panel.”

The switch to larger formats represents somewhat of a turnaround from industry dynamics within the PV module manufacturing business. While in the last decade, European and other non-Chinese equipment suppliers would bring new tech and processes to the market, in 2021 they are reactive, as they are forced to respond to what is the mainstream technology and format in the Chinese industry.

Reports are that M2 wafers, long the mainstay of the industry, are in increasingly short supply. In February, Taiwan-based market analysts PV InfoLink reported that prices for M2 wafers were rising – driving many manufacturers to make the switch.

Peter Berghofer, the managing director of wire and ribbon supplier Ulbrich of Austria, describes the manufacturer landscape in Europe as being in “turmoil,” as the switch to larger cells is occurring more rapidly than many had expected.

“For the new cell formats, 166 mm [M6] and 182 mm [M10], the electrical losses will be too high with five busbars. You need nine busbars or 12 busbars [cell interconnection] coupled with half-cut cells, and this is what we expect to be the dominant technologies.” Berghofer adds that European manufacturers are compelled to adopt the larger cell and module formats simply to keep up with customer demands for higher power classes.

In response to the rapid technology switch, European equipment suppliers are innovating and adding a new level of flexibility to their production equipment platforms. The strategy allows companies to remain relevant and in use, “future-proofing” their customers to a certain extent – making them able to adopt a range of cell sizes and their enabling technologies.

German stringer supplier teamtechnik released two new generations of its range in 2021, both capable of handling the larger cells and multiple busbar configurations. The TT2100 i8 and TT4200 i8, on a single- and double-track configuration, respectively. “The current status is that the first TT2100 i8s have been built and orders for the TT4100 i8 are in,” says Sven Kramer, teamtechnik’s vice president of service.

Kramer explains that on the new “i8” platform, some module manufacturers can commence production with 9BB interconnection on M6, half-cut cells, and then upgrade to M10 with 10BB, before stepping up again to G12 (210 mm) cells with 12BB interconnection.

In what was the first sign of the forming wave of European module capacity investment, teamtechnik announced that it would supply 400 MW of its TT2100 machines to LWD Solar in Germany’s east – a new module outfit, originally going by the name Solarwelt, that works in partnership with the more established brand, Heckert Solar. The equipment was for use on M6 cells and 9BB interconnection, although with flat wires rather than round wires, which Kramer argues allows for more accurate placement, and therefore, better module quality.

Announcing the deal, an LWD Solar spokesperson noted that the company was familiar with the teamtechnik stringers. LWD Solar said that the “laying precision of the ribbon handling, the exact positioning of the cell on the transport system, and the patented hold-down technology” delivered on the company’s requirements for quality.

For some time, the value proposition of European production equipment suppliers, alongside a high level of process control and precision, was that the operational costs (opex) of its machines were lower than their Chinese rivals – despite having a higher initial capital cost (capex). The resultant higher uptimes, fewer breakages, and lower overall material consumption was the value rationale by which the more expensive tools were able to justify themselves.

Today, with many significant changes in technology occurring over a period of months, rather than years, it is the flexibility built into their machines that allow for longer operational lifetimes, and therefore the attractive “total cost of ownership” (TCO).

“We did a lot of work on the TCO, but a write-off time of two or three years is challenging for us,” says Gaiser from Bürkle. “We have a multi-stack laminator that is large enough to be flexible for future changes, so if module sizes increase again after two years you don’t need a new machine. Another example of flexibility is what we call our ‘VFF’ technology, which means you can achieve high-quality lamination for glass-glass and glass-back sheet modules within the same tact time range.” Tact time refers to the total time a machine requires to turn out a batch of modules.

The useful surface of the upsized version of Bürkle’s Ypsator multi-stack laminator is now twice that of the machines it was producing in 2019, allowing it to process three 2.2 m by 1.1 m modules, or two modules up to 2.5 m by 1.4 m in dimension on each level. Bürkle reports that the company is even testing a seven-stack laminator at this scale – capable of laminating 21 modules in each cycle.

Ecoprogetti, a supplier of fully electrical laminators, along with its turnkey line business, reports that the German module manufacturers appear to have settled on 2 m in length as being the upper limit for their next generation of modules. “Because their market is only rooftop, the big European players tend to make modules wider, so 1.4 m, while setting a limit of 1.7 m or 1.8 m in length,” says Sartore. “The big challenge was that are cells are increasing, but do we need to increase the module size?”

Any discussion of European module production in 2021 would not be complete without including the ambitious plans being executed by equipment-cum-module maker Meyer Burger. Having unveiled its new brand in February, the Swiss company is continuing to install equipment for 400 MW of cell and module capacity – the first stage of its eventual 5 GW plan.

Meyer Burger’s confidence that it can scale manufacturing in Europe is providing a boost to the continent’s manufacturers. This extends to the equipment suppliers, where some will benefit from orders to supply production processes the Swiss solar technology provider no longer produces – such as laminators and cell interconnection platforms.

Mondragon, the Spain-based single tool and production line supplier, reports that it is involved in a number of projects for “high tech” lines, such as an electrically conductive adhesive (ECA)-based cell interconnection equipment for heterojunction modules – including projects under the EU-funded “Global Optimization of Integrated Photovoltaic System for Low Electricity Cost”, or GoPV, program.

Mondragon has also been supplying other “higher-value applications” – such as BIPV modules. One such project, delivered at the end of 2020 to a European producer, incorporated a high level of flexibility into stringing and layup tools themselves, allowing the production of different module configurations quickly and within the tools.

Oier Aliaga, Mondragon’s solar process manager, says that by automating BIPV module production in this way, breakages can be decreased, while the tool can be adjusted to different designs with minimal downtime – all the while satisfying the demands of architects for whom standard module formats may not be desirable. “The stringer is able to manufacture any strings, at a maximum length of 3 m, with any configuration of cell spacing. Within the tool, an EL string control will ensure the quality before matrix any shape of module for glass encapsulation up to 3 m by 2 m.”