Deciphering the Behavior of 2D Materials 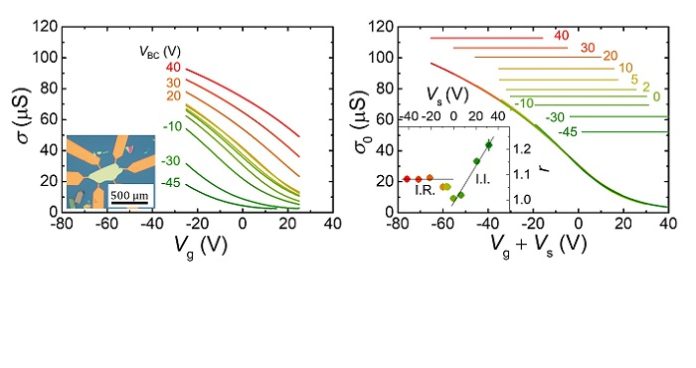 When players try to solve word games, they attempt to put together clues to find the solution. Sure, it helps to have a strong vocabulary, but finding the right answers to those puzzles is as much about logic and strategy as it is about being a wordsmith.

Using a surprisingly comparable process, an interdisciplinary team of Northwestern Engineering researchers pieced together a method to determine how different 2D materials respond to disorder—testing some materials that could possibly replace silicon in new transistors and sensors.

“The analysis method will lead to a better understanding of disorder potentials in 2D materials to help make faster transistors, as well as better gas sensors that can more easily discriminate different gases,” said Matthew Grayson, professor of electrical and computer engineering at the McCormick School of Engineering, and one of the study’s authors.

resented in the paper “Field-effect Conductivity Scaling for Two-dimensional Materials with Tunable Impurity Density” the investigators developed a method to determine the fingerprint of the neighboring disorder as seen by a 2D material.

In science, disorder refers to imperfections or nearby charges that might scatter the otherwise straight path of an electron. 2D materials like graphene are particularly susceptible to nearby disorder because they are literally several atoms thick, at most

“Disorder characterization is paramount in understanding and improving the performance of 2D materials,” Grayson said. “This paper shows that there exists a universal curve that serves as a fingerprint of that disorder. Even though different doses of the disorder appear to result in completely different behaviors, these behaviors all represent individual threads of an overall tapestry.”

This is where the similarity comes in between the science and games you play on your phone or in a printed newspaper.

Using 2D material samples developed by the Hersam and Dravid groups, Grayson and his team implemented a new method to measure electrical conductivity curves using a cryostat, a device that preserves samples at low temperatures for microscopic examination. At room temperature, the charges that constitute disorder are free to shift around until they reach equilibrium, but when frozen in the cryostat, the disorder is frozen in place.

Each individual conductivity curve resembles a puzzle piece. The researchers then utilized an empirical rule to piece together all the curves until they formed a complete picture.

They then used physical arguments to understand why this rule works as well as it does. As a result, they solved the riddle of how each of the materials under study responds to a specific class of imperfections.

“The impressive continuity of this picture when all the puzzle pieces were in place inspired us to dig deeper into the physics to understand what the underlying reason must be for this behavior,” Grayson said. “The same mentality that the general public uses to solve their daily Wordle or crossword puzzle is applied here.”

“Instead of seeing individual devices made from the same 2D materials as a bunch of puzzle pieces that each has to be studied independently, you can now locate where a given sample fits into the previously solved puzzle,” Grayson said, “so that each individual piece is instantly recognized as part of a greater picture.